Which Countries Mine Silver? 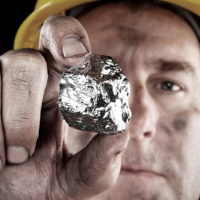 Popular silver bullion coin programs in countries like Canada and the United States have become so large that their annual troy ounce demands have outstipped domestic annual mine supplies of silver. The industrial revolution and technology have helped usher in more efficient silver mining techniques across the world. The following chart estimates over 1000 years of global silver production (1 tonne = 32,150 troy ounces). Since 1950, growing global physical silver industrial and investment demand has totaled over 40 billion ounces of silver.

Just under 29 billion of those silver ounces have come from global silver mine production supplies (71.6%) over the same timeframe.