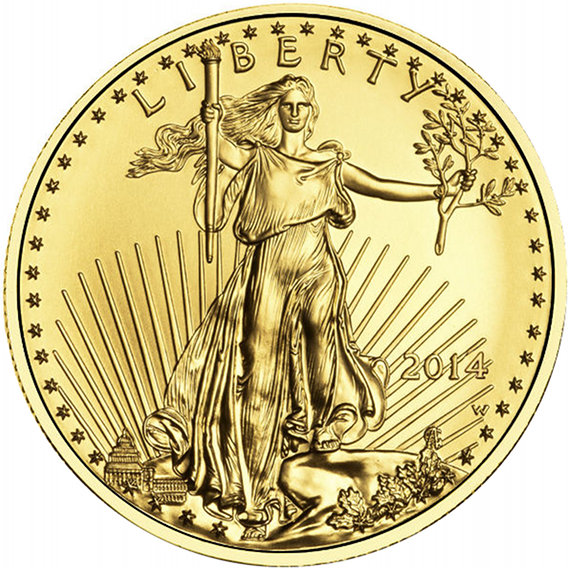 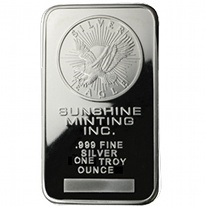 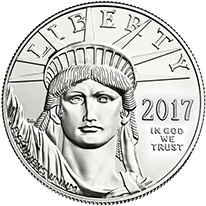 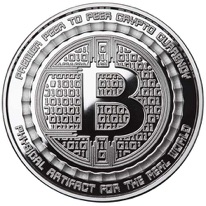 Bitcoin is a monetary system or form of digital currency that uses peer-to-peer technology and operates with no central authority such as a government or a central bank. Bitcoin is open source and public, and can be used by anyone. We also offer pricing charts for ethereum prices, litecoin prices, ripple prices, dash prices, bitcoin cash prices, monero prices, iota prices, and nem prices.

In November 2008, a paper was posted on the internet titled: Bitcoin: A Peer-to-Peer Electronic Cash System (PDF). The paper was published under Satoshi Nakamoto. Even though the name Satoshi Nakamoto is used by the inventor or inventors of Bitcoin, the person or persons’ true identity(s) remains a mystery to this day.

Nakamoto is rumored to be a man living in Japan in his early 40s, although this has never been verified. Speculation about Nakamoto’s true identity has been widespread and sought out by computer science and cryptography experts.

An Australian programmer by the name of Craig Stephen Wright has claimed to be Nakamoto, although he has yet to offer any proof of this claim.

Nakamoto is said to own up to around one million bitcoins, valued at over $1 billion.

In January 2009, Nakamoto released the first Bitcoin software. This established the Bitcoin network and the first units of the digital cryptocurrency known as bitcoins.

It is believed that work on Bitcoin began in 2007, and eventually a website using the domain name Bitcoin.org was created to interface and improve with the help of developers. In mid-2010, Nakamoto handed over control of the source code repository and network alert key to Gavin Andresen, a computer science expert and graduate of Princeton University. At this time, Nakamoto’s involvement in the Bitcoin project came to an end.

The Basics of How Bitcoin Works

Fortunately, a new user of Bitcoin needn’t know and understand all of the technical details involved. A bitcoin wallet can be set up on a computer or mobile phone. The wallet will generate your first Bitcoin address, and more addresses can be set up as needed. You can give this Bitcoin address to friends or others who you want to send payments to or receive payments from. Bitcoin is similar to email in this regard, however, a Bitcoin address should only be used one time.

The entire Bitcoin network uses a block chain. This block chain is basically a shared public ledger that allows for bitcoin wallets to calculate their spendable balances and to verify any new transactions. The block chain uses cryptography to ensure the integrity and chronological order of transactions.

Transactions are confirmed through a process known as mining. The mining process ensures proper chronological order, safeguards the network’s neutrality, and allows various computers to agree on the state of the system.

In order for a transaction to be confirmed, it must be packed in a block that utilizes strict cryptographic rules to be verified by the network. The mining process also prevents individual control of the block chain as well as the modification of any blocks.

What Are Some of the Potential Benefits Of Using Bitcoin?

In a world with PayPal and numerous other quick payment methods, you may be wondering why some people elect to use Bitcoin. This digital currency has numerous potential advantages. Some of the potential benefits of Bitcoin include:

Simple mobile payments: With Bitcoin, there is no need to swipe a card, enter a pin or do anything else. To pay with Bitcoin, all you need to do is scan and pay. Receiving bitcoins is just as easy, and requires only the scanning of your mobile or even just the physical contact of two mobile phones (using a special radio technology).

Choose your own fee schedule: With Bitcoin, you can choose wallet fees other than the standard default wallet fees. Paying a higher fee may allow for faster transaction confirmations. There is no charge to receive bitcoins.

Security: Bitcoin uses military-grade cryptography. If you take the required steps to protect your bitcoin wallet, the digital currency can provide a very secure means for sending and receiving money and can also help protect from different types of fraud commonly seen with other payment methods.

What Determines the Price of a Bitcoin?

A bitcoin is worth what the market says it is worth. This is to say that prices vary as a result of supply and demand. As demand for bitcoins rise, the price may rise as well. As demand declines, prices may also decline.

What Makes a Bitcoin Valuable?

A bitcoin is valued based on its use as a form of money. Unlike other forms of money like paper currency or metals, bitcoins derive their value from mathematics rather than physical properties.

Throughout history there have been many currencies that have failed and eventually were no longer used. Although steps have been taken to try to prevent some of the problems associated with other types of currency, no currency is completely fail proof.

Buying Gold and Silver with Bitcoin

At JM Bullion, we proudly accept Bitcoin as a form of payment and offer a 4% discount on all Bitcoin purchases.

The primary advantage of using bitcoins to purchase gold, silver, or other metals, is convenience. Transactions may be performed at any time, and there is no need to physically visit the store or establishment. You can buy metals using bitcoins from the comfort of your own home any time of day or night.

Bitcoin does come with some potential disadvantages. The value of a unit of the digital currency can potentially fluctuate wildly, and this can leave an owner of bitcoins unsure of the value of their holdings.

Bitcoin also has an uncertain future. While the digital currency has become more and more popular, it remains unclear if it will hit critical mass and be widely accepted. As it stands now, most businesses do not accept bitcoins as payment. If the network were ever to be disbanded, the value of bitcoins could potentially be lost.

The Future of Bitcoin

It may be worth considering the fact that Bitcoin was introduced during the financial crises of 2008-2009. At that time, there was great concern that the sub-prime mortgage crises could potentially cause massive bank failures that would lead to other failures and a financial scenario the likes of which the world has not seen before. Could something like that happen again? The answer is yes.

Although steps have been taken in order to prevent another similar scenario from unfolding, there could potentially come another time when large banks and financial institutions find themselves teetering on the edge of insolvency.

Investors have also not forgotten issues like those seen in Greece in recent years. As that nation sat on the edge of insolvency, it was forced to implement capital controls and measures such as limiting ATM machine withdrawals. Imagine for a moment having your money tied up in a bank that you are unable to access. That’s a scary thought to say the least.

These past issues could potentially fuel additional demand for an alternative currency system like Bitcoin, Ethereum, or Litecoin. As trust in global banks and financial institutions has dwindled, the move toward a cashless global economy system could pick up steam.

With its extreme convenience, ease of use, and openness, the Bitcoin network could potentially make major waves on the future of modern commerce. The lack of a central authority controlling the Bitcoin network may make it even more attractive to users and investors looking for transparency.

Some investors have jumped on the Bitcoin bandwagon in order to potentially profit from rising values. Such an investment could be considered highly speculative and while it may have the potential for profits, it also comes with the risk of loss.

The Bitcoin network could still be in its early stages, but it is unclear if it will ever reach the degree of popularity that some believe it will. Bitcoin has only be around for a few years now, and with a short history some potential investors and users may steer clear until the network has become more established in mainstream commerce.

Physical gold, silver and other metals, however, have been considered a reliable store of value and protector of wealth for thousands of years. These precious metals have been used as a medium of exchange and are considered by many to be the only “real money” still in use today.

Gold and silver may potentially retain their value or increase in value over time. This is in contrast to paper currencies which have a tendency to lose value over time. The metals may potentially provide a hedge against a number of economic and geopolitical issues including inflation, declining currency values, erosion of purchasing power and more.

Some investors may prefer these metals as they are a tangible asset with a long history as a reliable store of value.

Where do you get bitcoins?

There are three ways to acquire bitcoins:

How is a Bitcoin created?

New bitcoins are generated through a process called mining. Individuals are rewarded with bitcoins for processing transactions and securing the Bitcoin network.

How many bitcoins may be produced?

Bitcoins are produced at a declining and predictable pace. The number of bitcoins produced each year is halved until the maximum number of 21 million bitcoins has been produced.

Is volatility in the price of bitcoins a problem?

Price volatility can pose some challenges. Investors and potential users could avoid bitcoins if they feel prices are unstable. Bitcoin prices can and do fluctuate. If the Bitcoin network becomes more mainstream, however, and if bitcoins become more widely used and accepted, it is possible that much of the price volatility could dissipate.

Is the Bitcoin network secure?

Bitcoin has a strong track record of security but like any other electronic system it has vulnerabilities. It is critical to follow all instructions when it comes to security. You may want to view a bitcoin wallet like you would a regular wallet. You probably wouldn’t walk around with thousands of dollars in cash in your pocket wallet. It may be wise to avoid keeping large sums of money in bitcoins as well - only holding you what you need to make intended purchases.

No. The Bitcoin network is not completely anonymous and does not offer the same privacy as cash.

Who maintains control of the Bitcoin network?

No one. The Bitcoin network is controlled and maintained by all of the network’s users. Developers are constantly working to improve the software, but the software versions must follow the same rules and the network can only operate on a consensus basis.

What if you lose your bitcoins?

Bitcoins require unique private keys, and if those keys are lost, there really is no way to retrieve any lost bitcoins. Many modern wallet types, however, feature backup systems to allow you to create a new private key to restore a lost key on a new wallet.

Yes. Bitcoin is real money. Money is simply something that is generally accepted as a medium of exchange. Bitcoin is used by millions of people all over the world. It may be used to settle up a dinner bill with a friend or to simply buy a coffee at a local coffee shop. Bitcoins are units of the digital currency itself, while Bitcoin is the entire network and system.