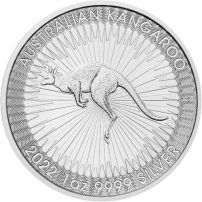 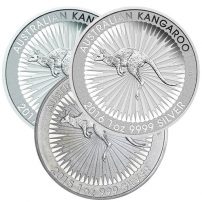 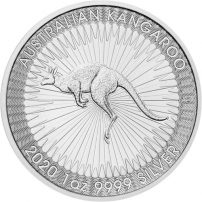 2020 1 oz Australian Silver Kangaroo Coin
As Low As:
In Stock 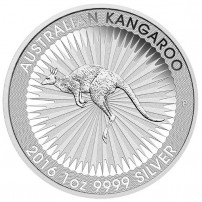 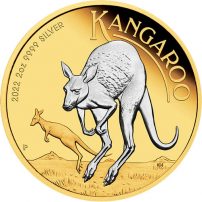 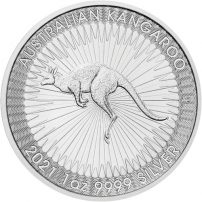 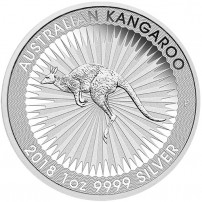 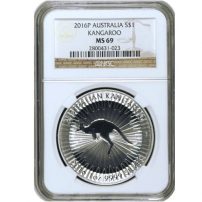 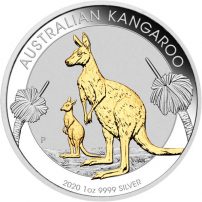 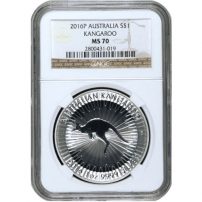 The Perth Mint in Australia is well-known for producing some of the finest coins in the world. Its popular coin programs often feature the many native species that are only found on the Australian continent, particularly the kangaroo. In fact, the Perth Mint Silver Kangaroo coin series is among the most popular from the mint, and several are available for purchase from JM Bullion.

The kangaroo is the world’s largest marsupial, and is just one of the many species that is unique to the continent of Australia. Along with the koala and the crocodile, there are few animals that are as easily associated with the nation than the kangaroo. Although it is not an official symbol of Australia, the kangaroo does appear as the emblem of several government agencies and private companies, as well as appearing on various forms of currency and the Australian coat of arms.

Kangaroos are instantly recognizable for their one-of-a-kind movement. The animals navigate the wide-open terrain of the Outback on their large hind legs. As they hop along, their body weight and mobility are balanced by an oversized, muscular tale.

Investors and collectors looking for Silver Australian Kangaroo coins are bound to run into confusion. The kangaroo is so popular as a symbol on national currency, that a separate program is run by the Royal Australian Mint that features the kangaroo on official currency released into circulation for use by the public in transactions.

The Perth Mint Australian Silver Kangaroo was introduced in 1993 as a proof coin. Each year the Perth Mint produces the proof Silver Kangaroo in limited mintages. In recent years, the coin has been struck in a brilliant high-relief proof to add to the collectible value of these stunning coins. The design motif remains the same on the coins each year, but the specific design of the kangaroo is changed from one year to the next, adding value and demand to the coin.

All of the Australian Silver Kangaroo coins produced by the Perth Mint feature 1 oz of .999 pure silver. The coins are considered legal tender in Australia, and have been issued a face value of $1 (AUD) by the Australian government as a result.

The all-new Australian Silver Kangaroo is similar in many fashions to the bullion coins that have preceded it, but stands apart in one key manner. While the Australian Silver Kangaroo will feature the same obverse image found on the obverse of all Perth Mint coins, that of Queen Elizabeth II. On the reverse, the nation’s largest marsupial will be featured each year in a new design motif.

In a step that is different from the other bullion coin programs, the all-new Australian Silver Kangaroo is struck using .9999 pure silver. It is the first .9999 pure silver coin ever produced by the Perth Mint. The coins will bear the same $1 (AUD) face value as other silver bullion coins, but boasts a greater purity.

When you consider buying Australian Silver Kangaroos, you will find that the Perth Mint has issued proof versions of the coin with new images of the kangaroo on the reverse each year, while the bullion version of the coin available since 2016 maintains the same design each year on the reverse. Much like the Australian Gold Kangaroo BU coin, the reverse of the proof coins depicts the kangaroo species in a new relief each year, showcasing the animal in its native environment.

For the 2016 debut of the Australian Silver Kangaroo BU coin, the Perth Mint dug back into Australian history for a coin design. The reverse field of the Silver Kangaroo features the iconic design of a red kangaroo leaping across the outback with a sunburst design element behind its figure. This design is based on a 1938 design for the Australian copper penny from the period of the Australian pound denomination prior to decimalization of the Commonwealth’s currency in 1966.

There are one of two possible obverse designs on Australian Silver Kangaroos. Introduced in 1993, the coins available from that point to 2018 featured the Ian Rank-Broadley bust of Queen Elizabeth II wearing the Girls of Great Britain and Ireland Tiara. Starting in 2019, the series adopted the sixth-generation Australian design created by Jody Clark. This portrait shows the Queen aged 89 with the George IV State Diadem Crown on her head.

Coins in the Australian Silver Kangaroo collection feature a new security element as of 2020. This security element is not visible with the naked eye and consists of a micro-laser engraved letter on the reverse. This letter “A” is found within the “A” in the word “Australian” at the top of the reverse design field.

The Perth Mint is located in the state of Western Australia. Originally founded in 1899, it is the oldest operating facility in the country. It was the last of the facilities opened by the Royal Mint of London during British colonial rule, joining the Sydney Mint and Melbourne Mint. Following closure of the other two facilities, and Australian independence, the Perth Mint passed into the hands of the government of Western Australia.

Today, it is considered one of the finest facilities in the world, turning out high-quality products at its state-of-the-art coining press. Although it is not affiliated with the national government’s Royal Australian Mint, under the Currency Act of 1965, all of its coins enjoy status as legal tender currency in the nation.

If you have any questions, JM Bullion is here to assist you with those inquiries. Please call us on the phone at 800-276-6508, chat with us live online, or email us directly. You can also visit our Payment Methods FAQ for answers to common questions regarding acceptable forms of payment, purchasing minimums, and purchasing maximums.