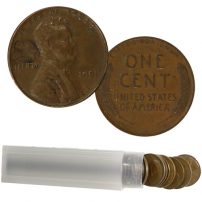 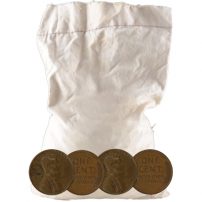 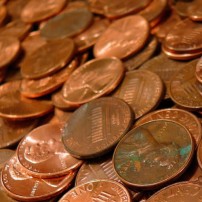 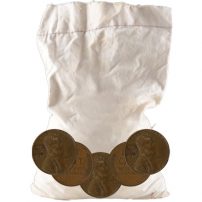 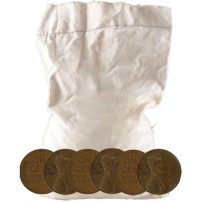 Pennies for Sale from JM Bullion

There are many ways for precious metals enthusiasts to invest in their favorite metals. For example, gold buyers have the option to purchase gold bullion coins, gold bars, gold rounds, and even previously circulating gold coins. Though not classified as a precious metal, the price of copper makes this particular metal a valuable option for those looking to diversify their holdings in metals. Copper bullion is largely restricted to the production of bars and rounds, but there is one particular US coin that makes for an excellent addition. Learn all about Wheat Pennies as a form of precious metal investment in the paragraphs below.

What is a Wheat Penny?

The United States has issued copper pennies as a denomination of circulating currency for nearly as long as the nation itself has existed (more on that later). The Wheat Penny is a name used to refer to a certain obverse-reverse design combination issued by the United States Mint throughout the majority of the first half of the 20th century. The Wheat Penny design coincided with the introduction of President Abraham Lincoln on the one-cent piece and included a distinctive reverse design that is no longer available in circulation. The name Wheat Penny helps differentiate this particular design (1909-1958) from the larger Lincoln Cent series (1909-present).

Wheat Pennies were introduced by the United States Mint in 1909 with designs from Victor David Brenner. As he did with Augustus Saint-Gaudens, President Theodore Roosevelt approached Brenner personally to request his assistance in developing new designs for national coinage. At the time, Brenner was working with President Roosevelt on a medal for the Panama Canal Commission, a massive public works project spearheaded by President Roosevelt’s administration to link the Atlantic and Pacific Oceans through Central America in the nation of Panama.

Brenner designed the obverse image of President Abraham Lincoln based on an 1864 photograph taken of the President at the studio of photographer Mathew Brady. The right-profile bust captures the image of a seated Lincoln and the coin’s engravings include “In God We Trust” above his head, “Liberty” behind his neck, and the coin’s date mark and a mint mark (when applicable) in front of his chest.

The reverse of Wheat Pennies bears the design that gave the coin its name. Simple in nature, the design field includes the denomination of “One Cent” and “United States of America” in the center of the field with curved wheat stalks framing the words. “E Pluribus Unum” is engraved above the field. On the reverse of 1909 Wheat Pennies, the first issues, Brenner’s initials featured prominently along the bottom of the reverse field as “VDB.” Once released in circulation, public backlash quickly led to the removal of the initials as many felt they were too prominently displayed.

Brenner’s initials were not used again until the 1918 release of Wheat Pennies, this time featuring on the obverse side near the lower-left field along the shoulders of President Lincoln.

As mentioned earlier, Wheat Pennies were issued by the United States Mint from 1909 to 1958. Wheat Pennies were struck at varying levels throughout the six decades in which the US Mint issued the design. The initial 1909 Wheat Pennies had low mintage figures, but there was an uptick in the 1910s. The 1920s saw low demand for the cent in circulation, so date marks from this decade are harder to find. The most common date marks remaining from the Wheat Penny series include those coins issued in the 1940s and 1950s as those were the most recently produced.

Wheat Pennies were struck by three US Mint facilities. The Philadelphia Mint and San Francisco Mint struck coins in 1909 and were joined in 1911 by the Denver Mint. Throughout most of the Wheat Pennies production run, all three mints issued the coins. The San Francisco Mint and Denver Mint issued the coins with “S” or “D” mint marks, respectively, below the date mark on the obverse. The Philadelphia Mint never put mint marks on the Wheat Pennies it produced.

The 1909-S VDB Wheat Penny is considered the rarest in the collection. This is the first-year issue of the coin produced at the San Francisco Mint bearing the initials of Victor David Brenner on the reverse side. Another rarity in the series is the so-called Steel Cent. When the US entered World War II in 1941, copper and tin were in short supply. Both metals were needed for the war effort and by 1943, the US Mint had authorization from Congress to alter the metal content of the penny to save on copper and tin. Issued only in 1943, the Steel Cent was a Wheat Penny issued with zinc plating over steel.

Soft, malleable, and ductile, copper is a metal with high thermal and electrical conductivity. When compared to gold, silver, platinum, and palladium, copper is actually classified as a commodity in US markets because it is largely used in economic and industrial applications. For example, copper is commonly used in water pipes and electrical wiring in homes and other buildings across the country. However, copper’s value has been recognized by human society dating back to 8000 BC. Humans first smelted copper in 5000 BC and it was the first metal ever cast into a shape using molds in 4000 BC.

Today, copper remains as a valuable commodity in the construction of homes and other structures. It is also widely used as a constituent in various metal alloys, including sterling silver in jewelry and cupronickel for marine hardware and circulating coins.

History of US Pennies

As mentioned at the outset, the United States Mint has a long history of producing copper pennies. The original one-cent coins looked nothing like the penny you’re accustomed to seeing in circulation today though. From 1793 to 1795, the US penny weighed 13.48 Grams and contained 100% pure copper. From 1795 to 1857, pennies weighed 10.89 Grams and retained 100% copper content. For a period of time between 1856 and 1864, both the size and metal content of pennies changed.

Pennies issued during this period weighed 4.67 Grams and had 88% copper content along with 12% nickel. The longest period of stability in metal content came between 1864 and 1962. With the exception of the 1943 Steel Cent, all pennies issued in this period had 95% copper content with a 5% mixture of tin and zinc. Weights also stabilized at this time, again with the exception of the Steel Cent, with the penny weighing in at 3.11 Grams. In 1962, the US mint ditched tin in the composition of pennies. Since 1982, all US pennies weigh 2.5 Grams and are now 97.5% zinc with just 2.5% copper content.

Why Pennies are a Worthwhile Addition

Wheat Pennies are a worthwhile investment option and collectible choice because of the uniqueness of the design, for starters, but also the value of copper. As just mentioned, modern pennies issued after 1982 represent a complete flip in the metal content. Pennies are no longer struck with 95% copper, but are instead largely made of zinc. With high metal content and low face values, Wheat Pennies and other pre-1982 pennies are a smart addition to diversify any portfolio.

JM Bullion now carries Wheat Pennies in variable options for copper buyers. You’ll find mixed bags with common dates or rolls with common dates available to purchase. If you have any questions, please contact JM Bullion at 800-276-6580, chat with us live online, or send us an email.