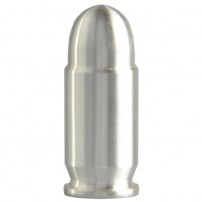 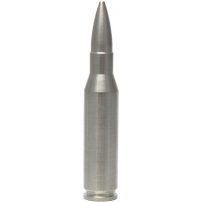 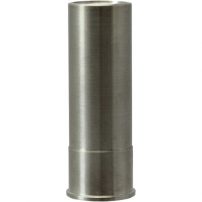 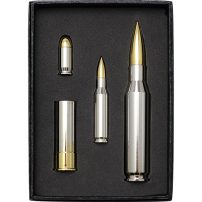 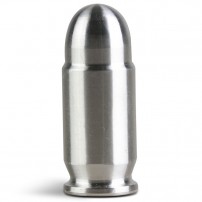 1 oz Silver Bullet (Varied Condition, Any Mint)
As Low As:
Out of Stock 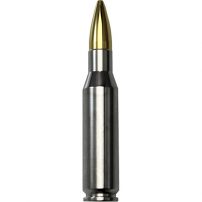 2 oz Rhodium and Gold Plated Silver Bullet (.308 Caliber, New)
As Low As:
Out of Stock 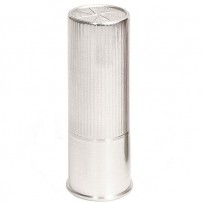 5 oz Silver Bullet (Varied Condition, Any Mint)
As Low As:
Out of Stock 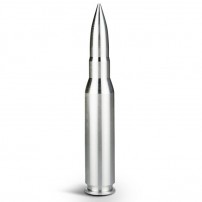 10 oz Silver Bullet (Varied Condition, Any Mint)
As Low As:
Out of Stock 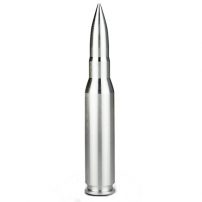 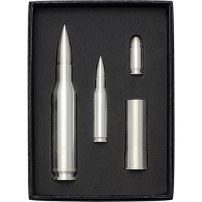 Silver Bullet Multi Pack (New)
As Low As:
Out of Stock

One of the greatest benefits of buying silver, beyond its affordability, is its variety. When you shop for silver online, you’ll find no shortage of options when it comes to size, style, and format. Silver bullion is available as coins, bars, rounds, medallions, statues, and even bullets. No, you can’t use these bullets to strike down a werewolf. In fact, though all silver bullets produced by refiners have the exact size and shape specifications to real-life rounds, none are capable of being discharged in firearms. They are purely a fun means of purchasing silver. JM Bullion carries a growing variety of silver bullets, all of which you can learn more about below.

The smallest silver bullets commonly produced represent the .45 caliber handgun round. The .45 caliber is one of the most commonly manufactured handgun rounds and is widely recognized as having impressive stopping power for a handgun. The .45 caliber round was widely used in the US Armed Forces from World War I through Vietnam, and was long a popular round among law enforcement agencies in the United States as well.

The .45 caliber silver bullet is available as a 1 oz Silver Bullet from JM Bullion. Each silver bullet features .999 pure silver with the exact size and shape specifications of a .45 caliber round. The silver bullets are offered inside of plastic jewelry bags for individual bullets or protective 10-packs.

Designed by iconic American arms manufacturer Winchester, the .308 caliber is the parent casing for the 7.62×51 NATO round and is a popular choice for sport hunting in the United States today. The .308 caliber round is often used in single-shot rifles by those hunting whitetail deer, pronghorn, caribou, and even black bear when necessary to defend one’s land. Like other silver bullets, the .308 Caliber Silver Bullet is a realistic depiction of the actual round.

The .308 Caliber Silver Bullet is available in 2 Troy oz of .999 pure silver and comes individually packaged inside of plastic bags or inside of protective 10-pack packaging. The silver bullets mimic the size and shape of a .308 round and have inscriptions only on the base of the round where the firing pin where the charge of the round would ignite following the strike of the firing pin.

Shotguns are popular firearms in the United States, both in use by the Armed Forces and law enforcement, as well as among individual Americans. Shotguns are commonly used for sport shooting and hunting, particularly duck and goose hunting. The 12 gauge shotgun round is the most common. Gauges in shotgun rounds are determined by the weight, as a fraction of a pound, of the solid sphere ball of lead used in the round.

The 12 Gauge Silver Bullet is a 5 Troy oz round with .999 pure silver content. Like other silver bullets, the 5 oz 12 Gauge Bullet mimics the size and shape of an actual round and has a smooth finish with no markings. The only inscriptions are of the weight, purity, and metal content on the base of the round.

The .50 caliber round made its debut on the battlefields of Europe during the end of World War I in the M2 Browning Machine Gun used by American Forces. The gun was designed by John Browning and featured the heavy .50 caliber round that fires from machine guns at a devastating rate of 450 to 600 rounds per minute. The .50 caliber round has an effective range of 2,000 yards and a max range of 2,700 yards, providing high-velocity downrange firepower.

The largest silver bullet currently available from JM Bullion is the 100 Troy oz 30 MM Round. 30 MM Cannon rounds are commonly deployed in heavy machine guns mounted on armored fighting vehicles. In the United States arsenal of weaponry, the 30 MM Cannon round is most famously used in the nose-mounted Gatling gun of the A10 fixed-wing aircraft. Known as a tank buster, the A10 was designed as a close air support frame and is capable of delivering the 30 MM Cannon round as high-explosive or incendiary rounds.

The 30 MM Cannon Silver Bullets come with 100 Troy oz of .999 pure silver and inscriptions on the base of the round that identify the weight, purity, and metal content. These silver bullets also ship individually inside of protective boxes due to their size.

The majority of the silver bullets carried by JM Bullion are available to you courtesy of SilverTowne. A private American mint, SilverTowne opened in Winchester, Indiana in 1949 as a small coin shop and has evolved into a high-quality refiner of silver precious metals.

You can stock up on these unique silver bullion bullets today by visiting JM Bullion’s product pages. If you have any questions about silver bullets, please contact us at 800-276-6508, chat with us live online, or email us directly.