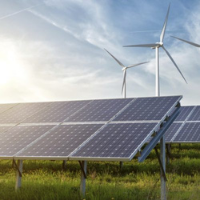 For over 5,000 years the world’s lowest priced precious metal, silver, has been coveted by human beings for adornment and as money itself. Arguably today silver holds even more worth in scientific applications than merely as a long term monetary metal or store of value.

Nobel Laureate economist, Milton Friedman, once quipped, “The major monetary metal in history is silver, not gold.” Over the past 50 years or so, silver been demonetized by governments and central banks but to mankind’s modern way of life it remains an invaluable precious metal.

Silver has more varied uses and applications than virtually any other limited resource other than perhaps oil and fresh water. More than half of the world’s annual 1 billion ounce silver supply is actually used for industrial purposes.

Silver is unique given that it is the most reflective plus electrically and thermally conductive of all known metals. Even solar energy wouldn’t work the same way if it wasn’t for silver’s natural properties and its contribution to photovoltaic (PV) solar cells.

A paste containing silver is a critical application in both photovoltaic cells and 90% of crystalline silicon photovoltaic cells. Given the world is pursuing more sustainable, less carbon dioxide emitting power sources other than fossil fuels and coal the future for solar power and solar cell production is indeed bright.

How Does a Solar Panel Work?

When sunlight shines on a silicon cell it generates electrons. The silver paste that is used in the solar PV cell collects these electrons and subsequently forms an electric current. Silver then helps conduct the gathered electricity out of the cell so it can be stored or consumed.

The superior resistivity of silver increases the potential sunlight captured, energy conducted, and total power that is ultimately collected in a solar cell. This fact makes potential silver substitutes like copper and nickel phosphide inferior to silver in solar panels.

Without silver, solar panels could not be as efficient in turning sunlight into usable energy.

How Much Silver Does a Solar Panel Use?

An average solar panel uses some 20 grams or 0.643 troy ounces of silver.

Two-thirds of an ounce of silver in every solar panel may not sound costly given today’s silver spot price. But silver’s cost contribution to solar panels outweighs its proportional expense over virtually any other application it has other than perhaps jewelry, silverware, or in .999 fine bullion coin or bar form.

How Much Silver is Used by the Solar Industry?

In 2015, just over 7% of the world’s annual silver supply (an estimated 77.6 million ounces) were consumed by the global solar industry. That may not sound like a lot but the demand for solar power is increasing, especially in the world’s largest populated countries like China and India.

Silver industry experts estimate big growth in solar demand. One estimation is that by 2018, yearly consumption of silver for solar PV cells will nearly double to 148 million ounces in that year alone. The world’s increasing demand for solar panels may contribute to escalating the demand and ultimately the price of silver in the coming years. Future silver price increases could have a detrimental impact both on the production costs of solar panels and the burgeoning solar industry worldwide.

The continued growing demand for .999 fine silver bullion coins and bars used 28% of the world’s 2015 silver supply. This contributing silver demand factor will also likely impact the solar industry well into the future.