Which Countries Mine Gold? 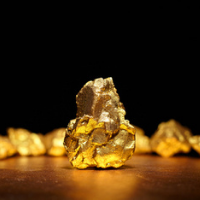 Gold mining occurs all over the world with operations currently on every continent aside from Antarctica. The majority of the world’s above ground gold supply came from the post-industrial and especially post-world war era.

As the gold mining industry has evolved over this timeframe so too has it also diversified geographically. In recent decades a larger number of countries have emerged as substantial gold producers than in the past, which means global gold mine supplies have become less geographically concentrated and hence overall more stable.

Expert estimates currently suggest that around 193,000 tonnes of gold have been mined throughout history (just over 6.2 million troy ounces of gold bullion).

About two-thirds of the world’s above ground gold stock has been produced since 1950 due to technological advances in mining methodologies. Given that gold is virtually indestructible it is likely ninety plus percentile of all of the gold ever mined is still around in one form or another. If every single ounce of mined gold were placed next to each other, the resulting cube of pure .999 fine gold would only measure around 22 meters on each side. Only enough to fill three average sized olympic swimming pools.