Who Owned the Most Silver Bullion? 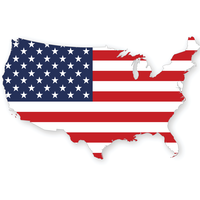 This is part 1 of a 2 part series examining some of the biggest silver stackers of all time.

As well, much of the Hunt Brothers silver stack was also leveraged with their interest in tens of thousands of silver futures contracts (each representing 5,000 oz of silver) on the COMEX and CBOT. Estimates of their total peak silver exposure are approximately 200 million ounces with about 50% being in physical silver bullion verse another 1/2 comprised of silver derivatives (e.g. COMEX futures contracts). Following the silver price record of $50 oz on January 18, 1980 a sharp price decline caused the Hunt Brothers margin call losses of over $100 million. With so much capital loaned to them by banks for their silver betting, the Federal Reserve Chairman Paul Volcker had to be called in to guide a $1 billion bailout for the brothers losses.

The Hunt Brothers were alleged to have tried to corner the silver market. An analysis of above ground silver inventories in 1980 show they didn’t come very close.

From just the second half of 1979 to early 1980, the world witnessed a US dollar quadrupling of oil prices, a tripling of platinum prices, and a gold price spiking from $200 oz to a then record high of $850 oz. During the same timeframe silver went from around $5 to $50 oz. As the fallout for the Hunt Brother bail-out debacle was becoming known, Tiffany & Co. even paid for advertisements in the New York Times to publicly shame the silver betting brothers (of course without naming them explicitly) for their alleged silver market price rigging conspiracy.

Many market experts suggest the Hunt Brothers were scapegoats for backfiring government policies like guns and butter, Nixon’s final closure of the gold window ending the last vestiges of the Bretton Woods Agreement, and highly price inflationary years of the 1970s. Regardless of price dynamic influence, the Hunt Brothers were serious silver stackers who foolishly gambled on the COMEX and thus lost when the rules of the game were changed to allow for liquidation orders only. Often publicly ranked as perhaps the “World’s Wealthiest Person”, the Chairman and CEO of the large and highly successful Berkshire Hathaway, Warren Buffett, once bought a massive hoard of silver between 1997 and 1998.

The following 1998 press release tells part of the story:

Because of recent price movements in the silver market and because Berkshire Hathaway has received inquiries about its ownership of the metal, the company is releasing certain information that it would normally have published next month in its annual report.

During 1998, Berkshire has accepted delivery of 87,510,000 ounces in accordance with the terms of the purchase contracts and the remaining contracts for 42,200,000 ounces call for delivery at varied dates until March 6, 1998. To date, all deliveries have been made on schedule. If any seller should have trouble making timely delivery, Berkshire is willing to defer delivery for a reasonable period upon payment of a modest fee.

Over 30 years ago, Warren Buffett, CEO of Berkshire Hathaway, made his first purchase of silver in anticipation of the metal’s demonetization by the U.S. Government. Since that time he has followed silver’s fundamentals but no entity he manages has owned it. In recent years, widely-published reports have shown that bullion inventories have fallen very materially, because of an excess of user-demand over mine production and reclamation. Therefore, last summer Mr. Buffett and Mr. Munger, Vice Chairman of Berkshire, concluded that equilibrium between supply and demand was only likely to be established by a somewhat higher price.

All metal was purchased for London delivery through a single brokerage firm. No options have been or are held by Berkshire. No purchases have been made that established new highs for the metal and all buying has been after dips. Berkshire has had no knowledge of the actions or positions of any other market participant and today has no such knowledge.

Berkshire has no present plans for purchase or sale of silver. The position at cost comprises less than 2% of the company’s investment portfolio.

By the spring of 2006, Warren Buffett and Berkshire Hathaway announced that they had sold off their entire silver stack. Looking back it appears they came close to or did in fact more than double their silver investment’s value spanning over a near 9 year timeframe. The timing has driven many silver experts to speculate that SLV fund managers acquired the Trust’s starting silver hoard from Berkshire Hathaway and its CEO, Warren Buffett.

The first famous silver stack was amassed just prior to its entrance into World War II. The United States government at one time had amassed a silver hoard of 3,334,000,000 troy ounces.

This 1942 silver hoard peaked just as the United States was building armory for WW II followed by Korean and Vietnam Wars. From 1964 to 1976, the United States fully withdrew striking silver in its circulating coinage. The US government has not truly stockpiled silver except perhaps for undisclosed military use or in a general in-out-basis for the American Silver Eagle Coin program. Who owns the most Silver Bullion today? > > > Click here for Part 2.