When will a Gold & Silver Bullion Shortage Arise? 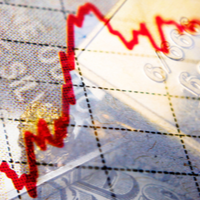 Let us begin by defining what we mean by either a gold bullion shortage or a shortage of silver bullion supplies.

Today the majority of the wealth within the silver and gold sector is tied to derivatives, not physical bullion.

Non-bullion silver and gold derivatives are generally designed to track silver and gold spot prices (e.g. futures, forwards, options, ETFs, etc.). These markets have been recently estimated to have $5 trillion in silver to $18 trillion in gold traded annually.

In contrast, the physical gold and silver bullion market worldwide is a rather thinly traded market.
Although there are many physical bullion owners around the world, the vast majority are not looking to sell their holdings at any one given time. This means purchases or sales of large lots of bullion can have big affects on local and global market prices.

As a hypothetical example, say some billionaires call us up at JMBullion saying, “We want to buy 500 tons of gold and 10,000 tons of silver bullion and have it delivered upon payment clearance”. We would have real difficulty fulfilling such a massive order in a reasonably short timeframe.

Why would that be so?

Let’s do the math. One metric ton of bullion is approximately 32,150 troy ounces. Even if a group of wealthy investors had some $26 billion in US dollars to move into physical bullion, not even COMEX bullion stockpiles could fulfill that sized order in a timely manner today. Again given the fact that the physical silver and gold bullion markets are thinly traded, such a massive multibillion dollar order and physical delivery would likely cause spot prices to dramatically rise, bullion premiums over spot to balloon, and bullion shortages to develop.

In times of market tranquility, North America’s network of government and private mint bullion suppliers consistently meets demand with ample supply. Yet even today, a substantial rush of new capital flows into the physical bullion markets would throw bullion prices and supplies into disequilibrium.

As of the end of 2016, Credit Suisse estimates total world wealth at $256 trillion US dollars.
In our prior hypothetical example we mentioned how a bullion order of some $26 billion would clear out all the warehouses of physical COMEX silver and gold bullion inventories. Yet that massive hypothetical order represents only about 1/10,000th of the world’s known wealth. The largest bullion shortage of the 21st Century to date occurred during the 2008 Financial Crisis. From September 2008 well into the spring of 2009, the world’s largest Government Mints & Private Mints could not supply enough bullion bars and coins to meet global demand.

North American bullion dealers experienced product shortages during this timeframe (many lasting months in duration). What inventory was available then was priced much higher over spot with large product premiums compared to more normal economic time spans.

Take a look in the following two charts at how eBay premiums for gold and silver coins more than doubled during this late 2008 / early 2009 time frame. If this phenomenon repeated with silver spot at $18 oz, we would see silver bullion coins being sold for over $32 oz. Today’s gold spot of $1250 oz means coins sold at $1562 oz on average on an exchange such as eBay.

If the world suffers another major financial crisis, it is likely we will again witness large money flows into the physical bullion markets likely again resulting in physical silver and gold bullion shortages.

When it occurs exactly, why it happens, how it comes about, are all conjecture at the moment. What is relatively certain is that the world’s currently thinly traded bullion markets would react violently under such conditions. Future bullion shortages are a very real possibility.