Precious Metals vs. the Stock Market 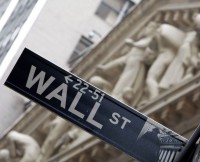 Many of the visitors on our website are already familiar with traditional investment vehicles like stocks, but aren’t so familiar with gold and silver.

Stockholders make money when the companies they own stock in increase profits or improve their business standing, resulting in an increased demand to own the company, and thus a rise in the price of their stock.

Historically, the stock market (as a whole) has significantly outperformed precious metal investments, which have been traditionally viewed as a hedge against inflation and risk (as opposed to a profit-seeking investment).

However, over the past 12 years that has changed in a big way, as both gold and silver have significantly outperformed the DJIA (Dow Jones Industrial Average), as you can see in the charts below. The first chart is the DJIA index for January 2000 to February 14th, 2012. Including dividends, we can estimate that the DJIA has returned a total of ~18% on an investment made in 2000 and held until the start of 2012. To make numbers simpler, let’s assume that an investor put $10,000 into the stock market in January 2000, and held the shares until present day. The investor’s stock would now be worth about $11,800.

So how have gold and silver performed in that same timeframe?

Gold and Silver Gains Since 2000

How about silver? Here is the silver chart for January 2000 to February 2012:

As we mentioned earlier in the article, the DJIA has historically (for 70+ years) outperformed gold and silver significantly, so what has changed?

Well, the main causes of this trend reversal are:

While there is certainly a place in any portfolio for traditional stocks, the above factors don’t appear to be close to working themselves out, so we see gold and silver as a smarter and safer play than the stock market (at the present date).