What Is A Troy Ounce? 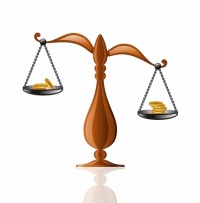 When you start buying and selling gold, silver, and other precious metals, you might be surprised to find that a different unit of measure is used to weigh precious metals. Typically, these metals are weighed using the troy weight system as opposed to the more familiar way that we measure other goods such as sugar or grains.

Why Are Troy Ounces Important?

If you buy a one ounce gold coin and place it on a standard grocery-store scale, you would find that it’s approximately 10% heavier than an ounce of beef. The two measures are not the same. Many people don’t realize this, which is why they often fall victim to sellers who try to boost the value of their products by simply listing them in ounces. For example, a seller could claim that a precious metal weighs 100 ounces, but you would be losing around 10% of its value because it actually only weighs 90 troy ounces.

It may seem like an unnecessarily complicated system, but there are good reasons that precious metals have their own unit of measure. The troy was retained as the standard unit of measurement over the avoirdupois ounce to ensure purity standards and other common measures remained consistent over time.

History of the Troy Ounce

No one knows for sure when and where the Troy weight system was born, but the most commonly held explanation is that its name is derived from Troyes, a trade market in France. Merchants came from all over the world to buy and sell goods, so a standardized weight system would have made doing business much easier. Later, many places in Europe came up with their own version of the troy ounce, but the French troy is believed to be the system most closely related to the one that we use today.

If we care to trace the origins of the troy even further back, we could look to the Roman monetary system. Romans used bronze bars as currency, and the bar that was equal to one pound today was referred to as an “aes grave.” A twelfth of that was called an “uncia,” or ounce. Today, a troy ounce is a twelfth of a troy pound.

Prior to the adoption of the metric system, French-born King Henry II of England adjusted the British coinage system to be more reflective of the French troy system. The system was adjusted periodically, but troy weights as we know them today were first used in England in the 1400s. By 1527, the troy ounce became the official standard measurement for gold and silver in Britain, and the U.S. finally followed suit in 1828.

Today, the troy ounce is the only unit of measure of the troy weights system that we use. Just like the traders of Troyes in France, buyers and sellers today need a good, standardized form of measurement for precious metals.

Here is where it can become confusing. Recall how we said that the troy system was indirectly derived from the Roman monetary system, using 12 troy ounces to make up one troy pound. This makes a troy pound lighter than a regular pound, even though troy ounces are heavier. This is only possible because fewer troy ounces are needed to make a pound — 12 as opposed to 16 ounces for a regular pound.

The system can seem confusing at first if you aren’t very familiar with it, but it does get easier. At JM Bullion, we already list all precious metals using the troy system; however, if you ever come across an item that is being weighed in avoirdupois ounces, you can easily convert it to troy ounces. Simply multiply the given amount by .91 to find the equivalent weight in troy ounces. You may also want to take note that copper, being a base metal, is weighed using the avoirdupois ounce. If you are going to be buying copper bullion, be sure to keep this in mind.

As you can see, it’s important that any buyer of precious metals has a thorough understanding of the troy ounce if he or she wants to safely and smartly navigate the precious metals market.