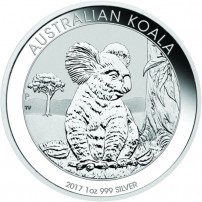 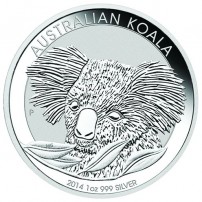 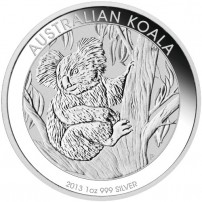 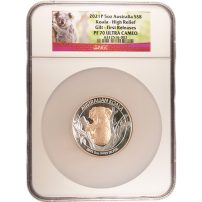 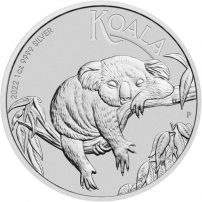 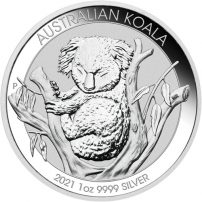 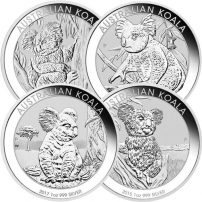 1 oz Australian Silver Koala Coin (Random Year)
As Low As:
Out of Stock 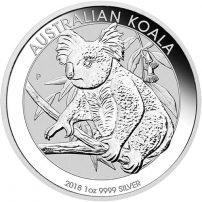 2018 1 oz Australian Silver Koala Coin
As Low As:
Out of Stock 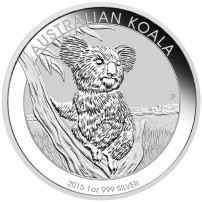 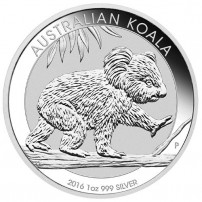 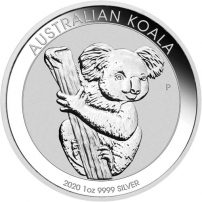 2020 1 oz Australian Silver Koala Coin
As Low As:
Out of Stock 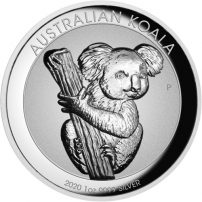 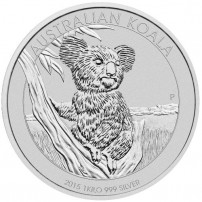 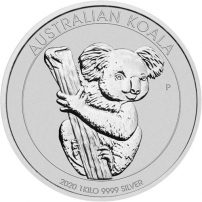 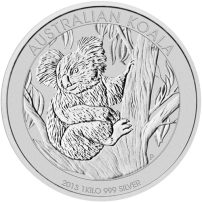 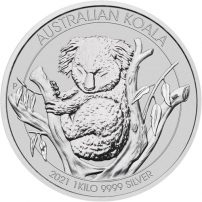 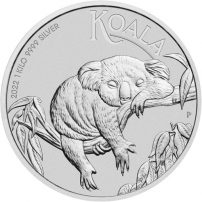 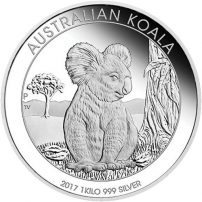 Details of the Australian Koala Series

The Perth Mint launched the Australian Silver Koala in 2007 with only a 1 oz silver coin available. In 2008, the series expanded to feature 1/2 oz, 10 oz, and 1 Kilo silver coins alongside the 1 oz silver option. The mint continued to issue these four weights together each year from to 2007 to 2015. Throughout this period, the series offered a mint-to-order mintage program that ensured coining continued each year until the next year’s design was ready for release.

In 2016, the Perth Mint cut the program down to its current size by suspending the 1/2 oz and 10 oz silver coins. Since that time, the coins have been released in only 1 oz silver with a mintage cap of 300,000 coins and a 1 Kilo silver coin with the mint-to-order mintage. While the reverse field famously offers a new depiction of the koala each year, those are not the only changes that have come to the series.

From 2007 to 2017, the Perth Mint used .999 pure silver. In 2018, the mint enhanced the silver purity to .9999 pure content. In 2020, the long-running Ian Rank-Broadley portrait of Queen Elizabeth II was replaced by the new Jody Clark effigy of the Queen. While the previous design featured the Queen’s head in the portrait with the Girls of Great Britain and Ireland Tiara, the new design in 2020 features the Queen’s shoulders in the design for the first time since 1966 and depicts the George IV State Diadem Crown on her head.

The Australian Silver Koala Series has some impressive mintage figures in its history, with most of those coming during periods of economic uncertainty. The highest recorded mintage was 910,480 for the 1 oz silver coins in the 2011 release during the Great Recession. The next highest mintages came in 2013 with 477,209 1 oz silver coins sold and 2015 with 450,899 1 oz silver coins sold. Since 2016 when the Perth Mint introduced the 300,000 mintage cap, only the 2016 coin has reached a total sellout.

In 2020, the Perth Mint released its first-ever incuse, high-relief Australian Silver Koala. The coin shared the same reverse design as the other traditional BU and proof releases for the date mark, as well as the new obverse effigy of Queen Elizabeth II. What made the coin unique was its use of high-relief coining that created greater visual depth and an incuse strike. An incuse-struck coin sinks the design element into the surface of the coin, rather than engraving it onto the surface. The incuse coin was limited to 5,000 specimens in total, with each one housed in a clear display case with a themed shipper and a Certificate of Authenticity.

Please don’t hesitate to reach out to JM Bullion if you have any questions about these coins. You can call us on the phone at 800-276-6508, chat with us live online, or simply send us an email with your inquiries. You can find quick answers to common payment questions by visiting our Payment Methods FAQ.