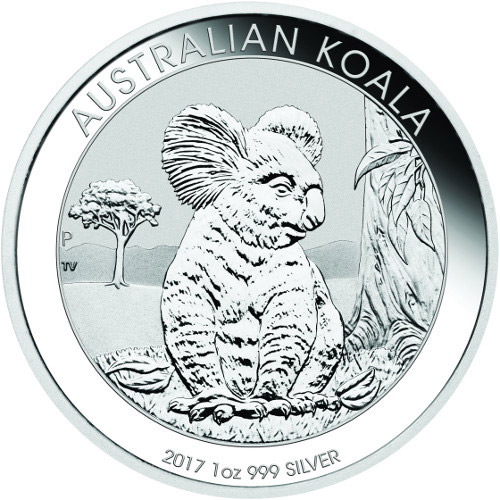 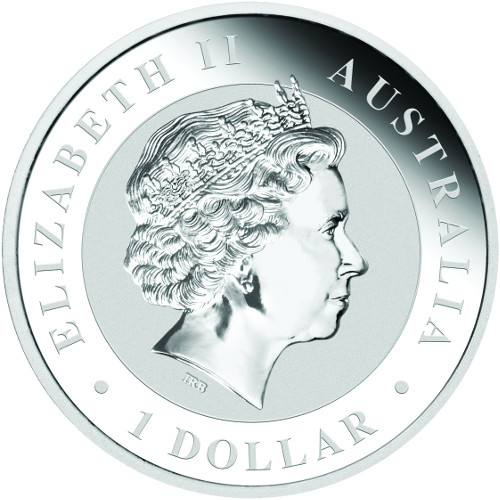 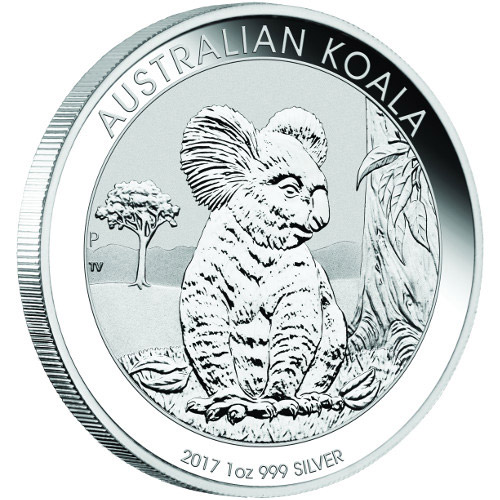 As low as $18.89 per oz over spot!
Add to WishlistLog In to add this product to your Wishlist
Free Shipping on $199+ Orders

All 2017 1 oz Australian Silver Koala Coins in this product listing are available in BU condition. Coins in BU condition have no signs of wear and tear, however you may notice a range of minor flaws including breaks in the luster, spotted surfaces, and contact marks as a result of the production process at the mint.

On the obverse of the 2017 1 oz Australian Silver Koala coin youll find the image of Queen Elizabeth II, captured in right-profile relief by Ian Rank-Broadley in 1998. The Queens effigy appears on all Australian coinage, and it has since she ascended to the British throne in 1952. Today, Queen Elizabeth II is Britains longest reigning monarch and currently the longest reigning in the world.

The reverse of the 2017 Australian Silver Koala coin includes the 11th new design in the collection, and perfectly captures the life of a koala. These cuddly marsupials, though more than capable of aggressively defending themselves, spend up to 20 hours each day napping and sleeping. This depiction shows an adult koala sitting on the ground at the base of a eucalyptus tree, which provides the primary food in its diet.

Perth Mint is a state-owned entity of Western Australia that was formerly part of the British Royal Mint system in the country. Today it exists separate of the federal governments Royal Australian Mint, and its coins enjoy legal tender status under the Currency Act of 1965.

If you have questions, please feel free to ask. JM Bullion customer service is available at 800-276-6508, online using our live chat, and via our email address.