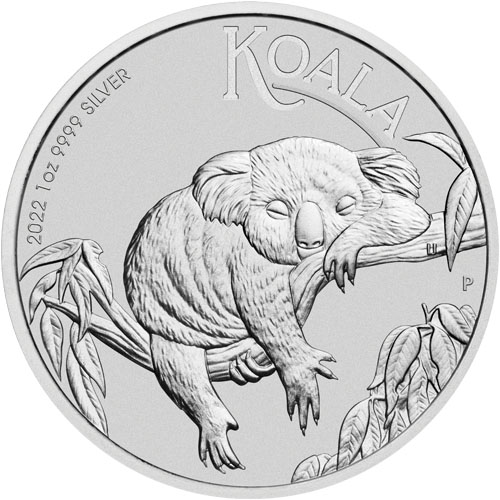 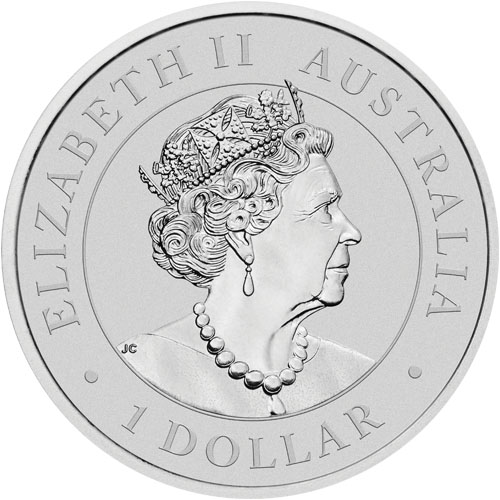 As of 2016, the series has settled into a two-coin release each year. The collection comes with a 1 oz silver coin that, as of the same year, is capped at 300,000 coins in total. The 1 kilo coin is the other option available and it remains a mint-to-order release. Since mintage caps were introduced in the 1 oz Silver Koala Series, only the 2016 release has sold out the entire mintage for the year.

Queen Elizabeth II is on the obverse of 2022 Australian Silver Koala Coins. Her Majesty features here in right-profile relief in a 2015 design from Jody Clark. This visual was created for the Royal Mint and debuted there in 2016. In 2018, Perth Mint began to release coins with this latest effigy of the Queen. In this design, Her Majesty is 89 years old and wears the George IV State Diadem Crown.

A slumbering koala is featured on the reverse side of 2022 1 oz Silver Koala coins. This year’s design comes from famed Perth Mint designer Ing Ing Jong. Her creation shows a koala sprawled out along the bough of a gum tree, the source of the eucalyptus leaves that form the basis of the koala’s diet.

These 2022 1 oz Australian Silver Koala Coins are available individually in protective capsules. Multiples ship in rolls of 20 coins or in boxes of 100 coins, with five rolls inside the box. All coins are in Brilliant Uncirculated condition.

Jennifer from - February 18, 2022
"Adorable! This is my second favorite coin from this series ( the first one is 2018’s mother and baby koala”). Nicely sculpted and cast, with a striking contrast between the matte background and glossy design. A great coin to give to young collectors, too!"