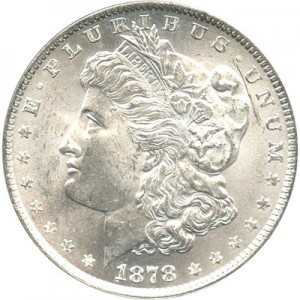 For collectors, the goal is always to find a coin that has been well-preserved over the years. With many of these coins being more than 100 years old, it is not very common to find a Morgan Silver Dollar that appears to be untouched.

What You Will Pay for a Morgan Silver Dollar

The asking price of a Morgan Silver Dollar is something that cannot be so easily determined unless you are holding the exact coin. The reason for this is due to the fact that so many different factors influence the value of the coin. Depending on the condition and scarcity of the coin in question, you can pay anywhere from as little as $10 to as much as $100 and more for a Morgan Silver Dollar.

As expected, those coins that have been well-preserved over the years are the ones that will sell for the highest prices. In addition, the earlier Morgan Silver Dollars also tend to carry a higher price tag. If you are able to find an early Morgan that is also in well-preserved condition, you are going to be looking at a price of $100 or more.

The Most Sought After Morgan Silver Dollars

Without a doubt, the most sought after Morgan Silver Dollars are those that have withstood the test of time without succumbing to the many signs of wear and tear typically associated with coins that are so old. For collectors, it is these well-preserved coins that are the preferred addition to any and all collections. Unfortunately, the fact that almost all of these coins were produced more than 100 years ago means that they will more often than not show signs of damage, sometimes significant signs of damage.

In addition to those coins that have been well-preserved over the years, collectors also want to get their hands on the earliest Morgan Silver Dollars. The coins produced in 1878 and 1879 are especially popular because they are the oldest available on the market today. It is the coins from the 1870s that are in pristine condition that sell for higher prices than just about any and all other Morgan Silver Dollars.

Being that there were up to 3 or more different types of Morgan produced every year, the exact type of coin will also play into how valuable the coin is to collectors. Some versions of the coin, such as the 1878CC, are especially valuable and difficult to find.

The future value of a coin is something that is fairly easy to determine, especially when you know that the coin is no longer being produced. When it comes to the Morgan Silver Dollar, these coins have not been on the US Mint’s production lines for nearly 100 years, which means that the value of the coins is always on the rise. As the years pass, you can bet that there will be fewer and fewer Morgans on the market. Knowing this, it goes without saying that these coins will only ever grow more costly as time moves forward. For this reason, there has never been a better time than now to get your hands on a Morgan Silver Dollar.