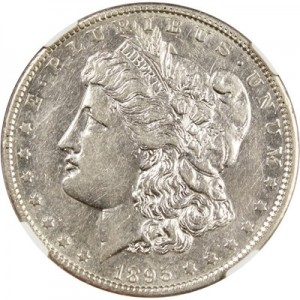 As far as US coins are concerned, few are more popular than the Morgan Silver Dollar, which was first minted in the late 1800s. Unlike Silver Dollars of the past, the Morgan Silver Dollar boasted a design that was intricate in its detail and had imagery that captivated the American public. The public’s adoration of this coin continues even through today as collectors are constantly striving to get their hands on these coins.

The problem with collecting the Morgan Silver Dollar is the fact these coins are so old they often are damaged and worn. On top of that, passing time ensures that ever fewer quantities of these coins are available with each passing year.

For coins that are more than a century old, collectors are wary of making a purchase thanks to the fact that many of these coins have been heavily circulated. Though there are plenty of coins that have been well-preserved, there are even more still that have seen their better days. For this reason, you will see collectors carefully pour over the surfaces of a coin in an attempt to spot even the smallest signs of wear and tear.

For most, the best way to have the condition of a coin determined is to send that coin away to be graded. We know that this is a costly process not able to be afforded by everyone, so because of that we have provided below an outline of the different popular coin grades.

Uncirculated: If a coin is determined to be Uncirculated, this means that the coin was never exchanged on the open market. Instead of being circulated, these coins were almost immediately placed into safekeeping, where they effectively avoided damage. For collectors an Uncirculated coin is the most desirable because they are in the absolute best condition possible.

Extremely Fine: If a coin is graded as being Extremely Fine, this means that it was circulated for a short period of time. During its time in circulation, these pieces will have incurred some type of damage, but nothing that will be noticeable unless you are taking a very close look at the surfaces. For collectors, these coins are also in pristine condition and are a great addition to any collection.

Fine: If a coin is determined to be of Fine grade, you can bet that the piece was circulated for some period of time. Though it is impossible to say how long these coins were in circulation, you can tell from the light scratching and surface wear that it was a good bit of time. At the end of the day, however, these coins are still in fairly decent overall shape.

Good: If a coin is determined to be Good, this means that it was circulated for an elongated period of time and decently damaged during that time. The imagery and inscriptions on the surfaces of these coins will be a bit more difficult to make out simply because scratching and chipping will have done a lot of damage to the faces of the coin.

For coins like the 1895 Morgan Silver Dollar, determining a price is something that really is not all that difficult to do. Because up to four different types of coins were minted each year, the exact type of Morgan Silver Dollar you own will help you figure out an appropriate price point. Secondly, by assessing the coin’s overall condition, you will be able to tell just how well-preserved the piece is and thus be able to establish a price. Below is a chart aimed at giving you a better idea of what you might expect to pay for a Morgan Silver Dollar given its condition and type.