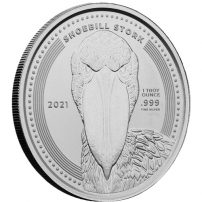 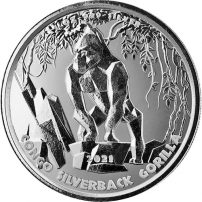 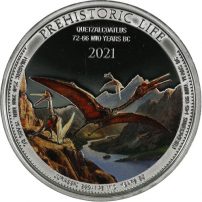 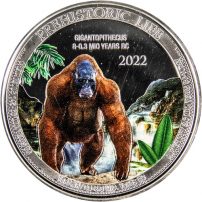 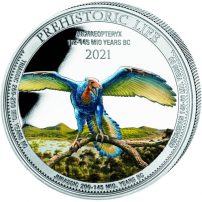 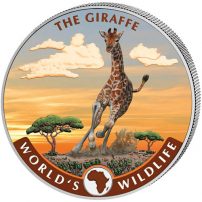 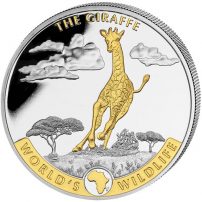 Silver Coins from the Republic of Congo

All of the major silver coins for sale from the African continent, with the exception of South African Krugerrands, are struck by mints outside of Africa. Among the newer options out there are silver coins from the Republic of Congo. Currently, the nation has only one annual issue coin in the form of the Silverback Gorilla coin. Additionally, the country was represented in the African Lion Series in 2016. Learn a little more about silver coins from the Republic of Congo now!

The Congo Silverback Gorilla coin series debuted from the Scottsdale Mint in 2015. The coins are a unique annual release due to their proof-like finish. The coins have a set mintage figure each year of 50,000 coins in total. Important information on the releases in this series include:

All Congo Silverback Gorilla coins have a proof-like finish. This means that even though the coins are bullion issues, the surface areas have visual elements similar to that of a proof coin. In this case, you’ll notice a slight frosting to the design elements and some mirrored elements to the background field.

The Congo Silverback Gorilla coins are unique for another reason. Like the Chinese Silver Panda, this collection features a new obverse design element each year focusing on the Silverback Gorilla. Silverback is not a term that refers to the species, but rather to a member of the family troop. The silverback is the eldest male and dominant member responsible for moving the family and fending off other aggressive male gorillas. Available designs in the series include:

At times, the Congo Silverback Gorilla Silver Coin has been issued with unique colorized finishes or in different weights. For example, 2017 saw the introduction of a 1 Kilo version of the coin with no proof-like finish and a Brilliant Uncirculated condition. The 2016 and 2017 coins were also available in colorized versions, with the 2017 coin really capturing the fur color and flesh tones of the gorilla.

Scottsdale Mint and the Republic of Congo

The Scottsdale Mint is a private minting facility located in the Phoenix suburb of Scottsdale in Arizona. The mint prides itself on environmentally friendly refining practices, striving to produce most of its silver products using recycled sources of silver. The mint works with various central banks and governments on the African continent, but the Republic of Congo was among the first it embarked on a major program with.

The African Lion Silver Coin series uses a new design for the lion each year on the obverse. The 2016 design was unique in featuring a male lion and female lioness from the pride walking the savanna on the hunt for prey. The inaugural release was for the nation of Burundi in 2015. The African Lion Silver Coins have a limited mintage of 50,000 coins and feature 1 Troy oz of .999 pure silver.

Republic of Congo silver coins are available currently from JM Bullion. If you have any questions about buying silver, please feel free to reach out to us. Our customer service team is available to you at 800-276-6508, online using our live chat, and via our email address.