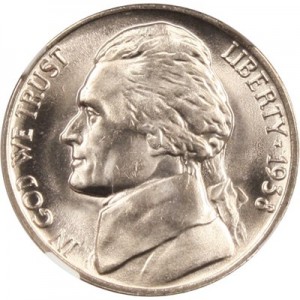 The U.S. Mint was founded not long after the country was born. Since it began operations, the U.S. Mint has produced coinage for not only the United States but for other countries as well. While the mint got its start in Philadelphia, Pennsylvania, it eventually grew its operations and began to expand to other U.S. cities. These additional mint locations came with a corresponding mint mark to identify where various forms of coinage were minted.

The U.S. Mint has produced many different types and styles of coinage throughout its long history. One of the most popular circulation coins the mint has ever produced is the Jefferson Nickel. These nickels were first produced in 1938 as a replacement for the Buffalo Nickel and they remain in production to this day. Nickels are commonly used by consumers and may often be found jingling in the pockets of people all across the country.

Of all the coins that the U.S. Mint has ever produced, the Jefferson Nickel remains one of the most popular. This brief guide will discuss these coins in detail and why they are still popular today, even among coin collectors.

According to some accounts, the Jefferson Nickel was widely hoarded when it was first released. It is said that the coin was not widely seen in circulation until 1940, almost two years after it was first produced.

While the Jefferson Nickel has been produced with some different designs over the years, this coin remains a classic U.S. Mint circulation coin. Jefferson Nickels remain quite popular in modern times and are still produced by the U.S. Mint today.

The Jefferson Nickel was designed by artist Felix Schlag. The coin was minted using a mix of copper and nickel and featured the portrait of the third U.S. President Thomas Jefferson on its obverse. The coin’s reverse featured Jefferson’s plantation, Monticello.

The coin’s design was the result of a contest held that featured a $1000 price for the winner. Mint Director Nellie Tayloe Ross along with three sculptors judged the entries. Although entries for the design seemed to be lacking at first, many more were received just prior to the deadline. The judges eventually viewed 390 entries for the coin’s design, and four days later chose Felix Schlag as the winner. Interestingly, Schlag did not include his initials on his design and they were later added in 1966.

In addition to the profile portrait of Jefferson on the coin’s obverse, the obverse also features the inscriptions: “IN GOD WE TRUST” and “LIBERTY” as well as the minting year. In addition to the picture of Monticello on the coin’s reverse, the reverse also features the inscriptions: “E PLURIBUS UNUM,” “UNITED STATES OF AMERICA,” “FIVE CENTS” and “MONTICELLO” as well as the mintmark.

These coins may also be collectable today simply due to their age. With many Jefferson Nickels being over half a century old, collectors may look for the earliest editions or for coins that have been well-preserved over the decades. The coin’s age and iconic design make it a target for coin collectors and enthusiasts alike.

Some types of Jefferson Nickels may be very hard to find in uncirculated condition. Coins that are of this age and are still in great shape are prized by collectors and may become increasingly difficult to find with the passage of time.

While the coin has seen some design changes over the years, the basics still hold true today. The nickel remains wildly popular in the U.S. and collectors will likely continue their efforts to find Jefferson Nickels that have maintained their original condition throughout all these years.