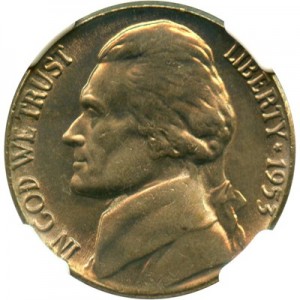 The Jefferson Nickel is a coin that has stood the test of time. These coins were first produced by the U.S. Mint in 1938, and were designed to replace the Buffalo Nickel. These five-cent pieces remain popular with consumers and collectors, and are still produced by the mint today. While most might assume that nickels do not have any collectable value, some Jefferson Nickels can have value far beyond the coin’s face value, depending on type and condition.

For the serious coin collector, however, only Jefferson Nickels in excellent overall condition will be worth the effort of acquisition. Not only are these the most beautiful nickels, but they are the most valuable as well.

While a coin can have collectable value regardless of the condition it is in, for coins of this age you really need to focus on the coin’s condition. Only coins that are in near-perfect condition will be highly sought after by collectors. Finding coins in such shape can prove to be difficult, however, given the amount of time these coins have been around.

When you are judging a coin’s physical condition, you are effectively trying to determine how that coin might be graded by a professionally recognized coin grading company. You can use the specifications below as a guide to see what a graded Jefferson Nickel might look like.

Uncirculated: Coins in this condition are typically what is desired by serious coin collectors. These coins have never been used in circulation, and do not have any of the typical damage and wear that is commonly associated with circulation coins. Looking at these coins, it may be hard to believe they were minted decades ago. They will appear to be brand new, as if they were just minted today.

Extremely Fine: Coins that are given a grade of extremely fine may have some slight damage, although they may still be sought after by collectors. To have this grade, any damage must be very minimal, and may only be noticeable under a close visual inspection. Coins in this condition are just one grade below uncirculated.

Fine: Coins that have been assigned a grade of fine have been widely used and circulated for some time, often decades or longer. The major features of these coins, such as images or text, remain fully intact. The coins can, however, have some serious surface damage and wear.

Good: Most of the Jefferson Nickels available today for purchase would fall into this type. These coins have been used extensively over the years, and they may show their age with significant and obvious imperfections. Coin collectors will often avoid these types of coins in favor of similar coins in superior condition.

When trying to estimate the value of a coin, you must first and foremost determine the coin type. There are four different types of the 1953 Jefferson Nickel. Secondly, you must determine the coin’s condition and how it might be graded. Collectors greatly value coin condition, and coins that are better preserved will often sell for much higher premiums than similar coins that have damage. The chart below can help you get an idea of what you might expect to pay for a 1953 Jefferson Nickel based on the coin’s condition and type.