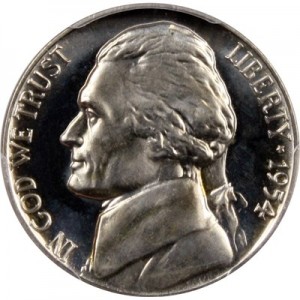 In 1938, the U.S. Mint began production of the Jefferson Nickel. This coin was designed to replace the Buffalo Nickel. Since it began being produced in 1938, this five-cent piece has remained quite popular over the years. In fact, the U.S. Mint still produces Jefferson Nickels to this day. While you may not think of a nickel as being a collectable coin, some types of nickels can be valued far beyond their five cent face value.

For a serious coin collector, however, a Jefferson Nickel may only be considered worthwhile if it is in excellent physical condition. Coins in great shape not only look the best, but fetch the highest prices as well.

For Jefferson Nickels that have been around for several decades, you have to take the coin’s condition into consideration. While these nickels may have collectable value even in poor condition, collectors will tend to focus on coins that remain pristine, and look new in appearance. Finding coins in such good condition can be time consuming, however, as so much time has passed since these coins were first minted.

When you are inspecting a coin, what you are actually doing is trying to assess how that coin might be graded. While only a professionally recognized coin grading service can assign a coin a grade, you can get a good idea of what grade your coin may be assigned by using the guidelines below.

Uncirculated: For coin collectors, coins in uncirculated condition represent the cream of the crop. These coins, due to their type, were never exposed to circulation and thus have not been subjected to countless exchanges and handling. In fact, looking at these coins will make you think they were just struck, and are fresh off the mint’s presses.

Extremely Fine: Coins that are said to be in extremely fine condition will have some very minor imperfections, however, they may still be coveted by coin collectors. To receive this grade, the coin must appear to be in near-perfect condition, and any imperfections may only be seen under close visual observation.

Fine: Coins in fine condition are typically coins that have been widely circulated and exchanged for some time. While images and details on the coin’s surfaces remain intact, the coin may have plenty of surface scratches or discoloration.

Good: Most of the Jefferson Nickels that are bought and sold today are classified as good. Due to heavy use over the years, these coins will likely have significant scratches, dents or discoloration. A coin collector may often leave these coins alone, favoring coins that are in superior physical condition.

When trying to assess your coin’s value, the first step is determining what type of coin you have. Mint year 1954 saw six types of Jefferson Nickels produced. In addition to the coin’s type, the coin’s condition will play a vital role in valuing the coin. Coins in superior condition may see higher demand from coin collectors, and may sell for substantially higher premiums than similar coins of a lower grade. Use the chart below to get a good idea of what type of premium you might expect to pay for a 1954 Jefferson Nickel in various types and grades.