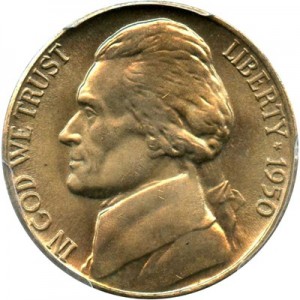 The Jefferson Nickel five-cent piece has been an extremely popular coin since its introduction in 1938. Since taking over for the Buffalo Nickel that year, these coins have been a mainstay of U.S. coinage ever since and are still in production today. While you might assume that the Jefferson Nickel does not have any collectable value, some of these coins can be quite valuable based on their year, type and condition.

For a coin collector, however, a Jefferson Nickel has to be in great condition to be worth pursuing. Coins in excellent condition are more beautiful to look at and are often worth far more money.

For a coin that has been around for 65+ years, condition is extremely important when trying to determine the coin’s value. Coin collectors will seek out coins that are in near-perfect condition and look fresh from the mint. Coins of a lesser condition, however, may still be valuable based on certain factors. Finding well-preserved coins of this age can prove to be difficult.

When examining a coin, you are in effect trying to gauge the coin’s potential grade. Coin grades are assigned by professional coin grading companies; however, you can get a great idea of what a graded Jefferson Nickel may look like by following the guidelines below.

Uncirculated: This is the type of coin most often sought by serious coin collectors. Uncirculated coins have never been used in everyday circulation, and look as if they are brand new. These coins do not have any of the typical damage or imperfections associated with circulation. These coins may even retain their shine, and will look as if they were just struck today.

Extremely Fine: Just a step below uncirculated, coins in extremely fine condition may also be coveted by collectors. These coins may have some very light damage, such as minor surface scratches, and will still look to be brand new to the naked eye. It is only during a close inspection that any minor imperfections may be noticed.

Fine: Coins that are said to be in fine condition have often been in circulation for some time. While the coin’s images and details remain fully intact and discernible, the coin’s surfaces may have scratches or discoloration.

Good: If you were to take all of the Jefferson Nickels out there today, the vast majority of them would be assigned a grade of good. These coins have been used extensively, often times for many years, and they may show their age. Various forms of surface damage, scratches, discoloration and other imperfections may be present.

To get an idea of what a 1950 Jefferson Nickel might be valued at, you must first identify the coin type. In 1950, only two types of this coin were minted. In addition to the coin type, condition will be the other significant factor when it comes to valuing the coin. Coins that have been well-preserved over the years often sell for significantly larger amounts than similar coins that have not been well-preserved. The chart below will give you a good idea as to what you might expect to pay for a 1950 Jefferson Nickel based on its grade and type.