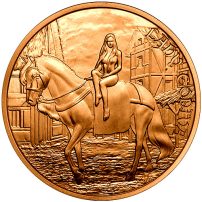 1 oz Medieval Legends Lady Godiva Copper Round (New)
As Low As: $1.59
In Stock
ON SALE! 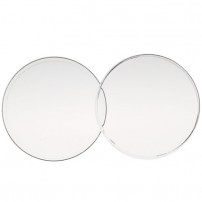 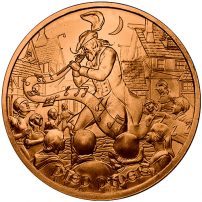 1 oz Medieval Legends Pied Piper Copper Round (New)
As Low As: $1.84
In Stock 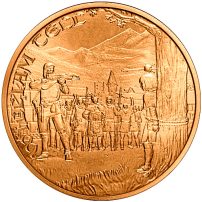 1 oz Medieval Legends William Tell Copper Round (New)
As Low As: $1.99
In Stock 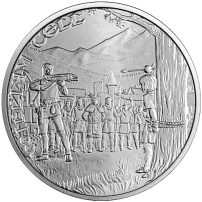 1 oz Medieval Legends William Tell Silver Round (New)
As Low As:
In Stock 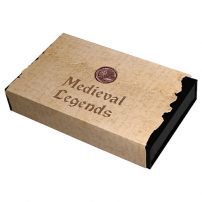 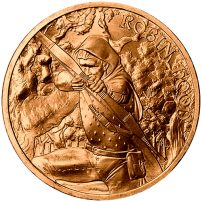 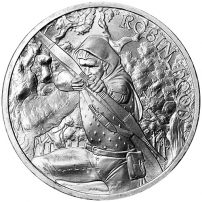 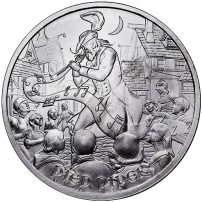 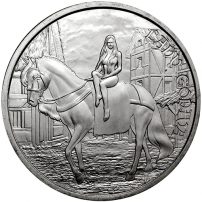 A new collection of rounds available at JM Bullion celebrates the legendary folk heroes of the Medieval Era in Europe. The series will present various designs on silver and copper rounds, each with a common reverse and changing obverse fields. Now is your chance to explore the designs of the all-new Medieval Legends Series available to purchase at JM Bullion.

For the first release of the series, the Medieval Legends Series focuses on one of the most famous folk heroes of all time, Robin Hood. An expert show with his bow and arrow, Robin Hood and his band of merry men prowl Sherwood Forest looking for the tax collectors of the evil Prince John. While the people starve, jolly ole’ Prince John lives the big life by overtaxing his people. With the good King Richard I out of the kingdom, Robin Hood is the only man who can put Prince John in check.

The story of Robin Hood has changed with oral retellings over time. Even written tales have been given a little extra flair by the writers trying to capitalize on the mystical legend of Robin Hood. One thing is for certain, Robin Hood was a dead-accurate shot.

In the first release of the series, the obverse side of the 1 oz Medieval Legends Robin Hood Rounds features a depiction of the famous archer in the thick of Sherwood Forest. Ready to rob from the rich to provide for the poor, Robin Hood is shown drawing back his arrow and taking deadly aim at his target. His steely gaze is fixed right on you as he draws back the string of his bow; now might be the time to duck! There is an engraving on this side that identifies the release with the name ROBIN HOOD.

The 2nd Release – The Pied Piper

As the Medieval Legends Series continues, the Pied Piper fiddles his way into the collection. Like many Medieval folktales, the Pied Piper’s tale has a dark side. On the surface, the Pied Piper is an individual with a magical pipe or flute that he uses to lure all the mice and rats out of villages. This seems like a great service to have available during a period of human history when rodent-borne diseases had the potential to claim hundreds of thousands of lives.

However, villages that failed to pay the Pied Piper for his services would experience the dark side of this tale. Fail to pay the man his money, and he would turn his magical pipe on the children of the town. Taking the children under his control, he would lure them all out of town and an almost-certain doom.

In the new obverse design of the Medieval Legends Series, the Pied Piper has arrived in a humble German village. It would appear these folks have failed to pay the man for his work as he has already lured a number of the town’s children into a trance with his magical pipe.

In the third release of the Medieval Legends Series, we see the image of an early voice against taxation and oppression. While other figures in the Medieval Legends Series are truly mythical figures with only loose connections to real-life people, Lady Godiva was in fact very real. She was an Anglo-Saxon noblewoman living in 11th century England who was the wife of the Earl of Mercia, Leofric.

Though she was also the patron of various churches and monasteries in England at the time, she is best remembered for the legendary tale of her naked right through the central streets of Coventry. It is rumored that she rode on her horse through the center of town, naked, with only her long hair covering her sensitive parts. She did this in response to her husband’s oppressive taxes.

On the obverse of the new Lady Godiva Silver Round in the series, you can see Lady Godiva riding her house through the center of Coventry with no clothes on. In keeping with the legend, she is featured with long hair draped down over her figure for cover.

For the fourth release of the Medieval Legends Series, the collection takes fans into the Swiss Alps. William Tell is a Swiss folk hero whose story is first set in the 14th century, but who remained relevant in Swiss culture through the World War II period of European history. He was largely held up over the years as a symbol of rebellion against tyranny, with the likes of John Wilkes Booth reportedly even being inspired by Tell.

According to Tell’s legend, he was an adept mountaineer and a skilled bowman who stood up to the Austrian House of Habsburg that was seeking to expand its borders into present-day Switzerland.

In the new obverse design of the Medieval Legends William Tell Rounds, you’ll find a re-creation of one of the famous moments from Tell’s legend. In a bid to win his freedom after being arrested for his defiance of the Austrians, Tell showcases his expertise with a crossbow by perfectly shooting an apple off his own son’s head.

In the reverse design of the Medieval Legends Rounds, you will find a common design element used throughout. This side shows a table setting within a Medieval castle as you look across the table at the stone walls and the stained-glass window. This table setting gives you a glimpse at the figures that will feature in the Medieval Series as the iconic relics of each of the six figures rests on the table. For example, Robin Hood’s bow and his arrows rest on the table.

Options in the Medieval Legends Series

Each design release in the Medieval Legends Series will come with a 1 oz silver round and a 1 oz copper round, each boasting .999 pure metal content for the respective metals. The Robin Hood design is the first in the series and many more exciting, and well-known, figures are set to feature in this collection before it is done.

For those who plan to follow the Medieval Legends Series from start to finish, there is an impressive JM Bullion Medieval Legends Series Box you can purchase as well. The box has a custom space for each of the designs to be released in the series, enough that you can collect both the gold and silver from each design and store them all in this box. To provide that extra touch of flair, the box is branded with the JM Bullion logo and comes with a custom sleeve designed to look just like a scroll from the Medieval Era.

Mintage Figures in the Series

There is no set mintage for each design in the Medieval Legends Series. However, the designs are only issued for a limited period of time until the next design in the series is ready for production. The mintage figures for each release to date include:

Please feel free to call us with any questions about this series. Our team is available at 800-276-6508, online using our live chat, and via our email address. You can also visit our Payment Methods page for more information on acceptable forms of payment, applicable minimums/maximums, and any available discounts.