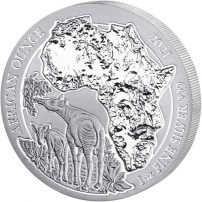 2020 1 oz Germania Silver Round (Capsule)
Out of Stock 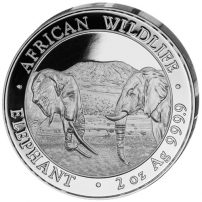 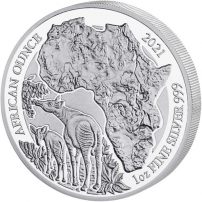 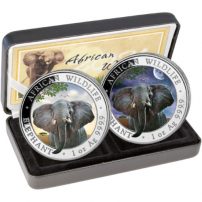 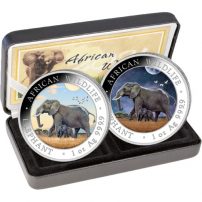 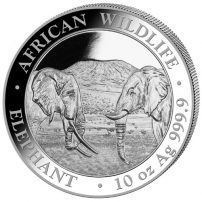 When one thinks of precious metals, it is most common for their mind to immediately gravitate towards gold. Thanks to Hollywood and just about every pirate story ever, gold is seen as the dominant precious metal. While this may be true, the fact of the matter is that an investment in silver is often just as wise, if not wiser than, as an investment in gold. Throughout history, silver has come from all corners of the world, but most people associate the metal with being from places in Central and South America — like Mexico.

While Mexico is one of the premier producers of silver products, there is no denying Europe’s heavy influence on the precious metals, specifically silver, industry. Germany has had their foot in the mining and production of silver products for hundreds of years. Though they may fly under the radar, they are far and away one of the top countries that produces silver products — be it bars, coins, rounds or anything else.

Marks were what the currency of Germany was called prior to the adoption of the euro. Marks came in a variety of different denominations and imagery. When it comes to Germany silver currency, however, these products are typically reserved for collectors as opposed to those who want to invest in silver.

The 2 Reichsmark coin that was minted from 1936-1939, for example, is made up of just over 15% silver. There may not be all that much silver in the coin, but it is popular due to when it was minted — at the height of the Nazi party’s control of Germany. The Nazi imagery on the coin is exactly what WWII collectors love. What’s more, the coin’s age and limited time in circulation mean that very few of these coins are still able to be purchased.

Another example of German silver coins is the 10 Marks coin that was minted from 1972-2001. Produced by the Federal Republic of Germany, which is more commonly referred to as West Germany, this coin also carries a bit of historical significance and is therefore attractive to most collectors. Unlike the previously mentioned 2 Reichsmark coin, the 10 Marks coin is comprised of more than 30% silver, giving it a bit more inherent value than most other German silver coins.

Silver Bars and Coins From Geiger

Though there exist a few German mints, none is more popular than the famed Geiger Edelmetalle. Founded shortly after the turn of the 13th century, Geiger is the oldest continuously operating silver producer and trader in Germany. The founders of Geiger were instrumental in the creation of silver production and trading in Germany. The first house opened in Leipzig, and since then Geiger’s reach has expanded around the globe.

One of the most popular product lines of Geiger’s is their security line silver bar series. This series has become so popular because it all but ensures that counterfeits are impossible. The bars themselves have a ribbed edge that is difficult to replicate. While most silver bars have a uniform, straight edge, Geiger’s bars are unique with their textured feel. In addition to the edges of the bar, Geiger also coats their security line bars with a UV-reflecting finish that shines brightly when placed under UV light. The fact of the matter is that counterfeit silver products are becoming increasingly common, and Geiger is on the leading edge of preventing their products from ever becoming mixed up in the counterfeit trade.

Geiger silver is even more attractive to investors because it is available in so many different sizes. From a few grams to multiple kilograms, the security line silver bars produced by Geiger are perfect for investors of all types. All of their bars carry a fineness of .999, or 99.9%, which has become more or less an industry standard.

The Noah’s Ark series of silver coins is produced by Geiger Edelmetalle exclusively for the country of Armenia. Available in sizes ranging from as small as ¼ ounce to as large as 1 kilogram, these silver coins are incredibly beautiful in their design. On one side exists the Armenian coat of arms, while the coin’s reverse shows the famed dove that was released by Noah from the famous bible story. The dove dominates the coin’s foreground, while the large ark is floating on the flood waters in the background. Overall, the coin’s beauty is derived from its simplicity.

Attractive to both collectors and investors alike, these Armenian coins boast a fineness of .999. The fact that they are produced in a number of different weights is also something investors and collectors absolutely love.

Lastly, Geiger is known for their production of silver theme bars. These products are .999 silver that is cast in a mold that is not the standard, rectangular bar we know all too well. Different shapes and designs are employed to give investors a unique way of investing in silver.

Where to Buy German Silver Products

When it comes to acquiring silver products from Germany, this can be done in a number of different ways. When it comes down to it, however, it is easiest to purchase German silver from trusted online dealers. The internet has made our lives so much easier in so many ways, and precious metals purchasing is one of the many aspects of life that is made simpler by the internet.

Online, there exists tens, if not hundreds, of precious metals dealers that are constantly competing to get your attention and money. With all of these dealers located in one place, you are able to comparison shop so that you are able to buy your preferred German silver product at the price that is best for you. Geiger, one of Germany’s most famous mints, has their own exclusive online shop that allows you to purchase 99.9% pure silver directly from the company that produces it. This is something that gives investors and collectors just a bit of added peace of mind. With all of this being said, you are also able to purchase German silver from local coin and pawn shops, though the availability of these products is never guaranteed at brick and mortar establishments.