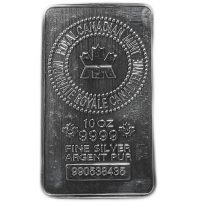 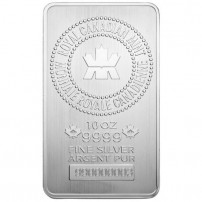 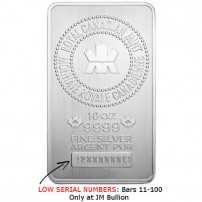 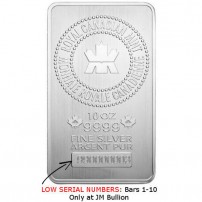 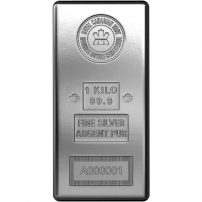 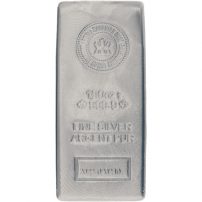 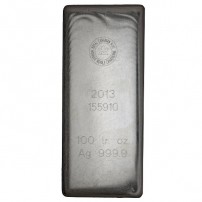 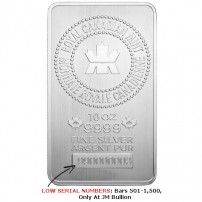 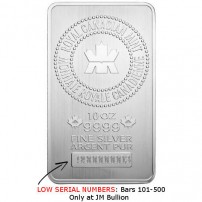 RCM, also known as the Royal Canadian Mint, has been in business for over 100 years and is the number one producer and distributor of Canadian coins. Like most companies that produce coins, RCM also has a strong foothold in the general silver bullion industry. RCM silver bars are some of the most sought after in the industry mainly due to the prestige behind the Royal Canadian Mint's name. Something that makes RCM different than a lot of other silver bar-producing companies is the fact that they are 100% government-owned. Typically, companies that produce silver bullion bars for circulation are privately owned.

Our RCM silver bars come in a few different sizes with each bar having more or less the same design. Every RCM bar has both the RCM name and mintmark present on the front, coupled with the weight and .9999 purity indication.

RCM was first founded in 1908 after a need for the nation to produce its own coins. Before the formation of the Royal Canadian Mint all of Canada's coins were minted by the Royal Mint of England, based in London. The proposal for Canada to have its own mint first surfaced back in 1890, though it wasn't until almost 20 years later that a plan to form a mint was put into action.

On the second day of January in 1908 the first RCM facility opened in Ottawa, Ontario. While this was Canada's first mint for producing coinage, it was merely a branch of the Royal Mint and still technically owned by English entities from across the Atlantic. In the year 1931, in the midst of the Great Depression, the Ottawa minting facility was granted its independence from England's Royal Mint. Even after the mint gained its independence, however, it continued to rely on the Royal Mint for a long while.

In 1976, the Winnipeg branch of the Royal Canadian Mint was opened after many years of deliberation. Nowadays the RCM is responsible for minting Canadian coins, regular bullion, and an increasing number of coins for other countries around the world.

Since RCM is a company which concentrates more on the production of currencies for both Canada and a number of other nations around the world, their offering of silver bars is not as expansive as it is with other companies. Arguably, the most popular silver bar produced by RCM is the 100 oz.

People look to RCM silver bars for two basic reasons. One, they are .9999 pure, this is a slightly higher purity than nearly every other silver bar offered on the market today. The second reason RCM silver bars are generally loved by the public is due to the fact that they are such a trusted and respected name.