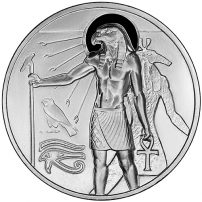 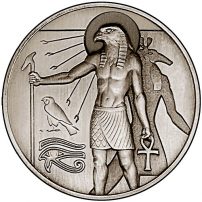 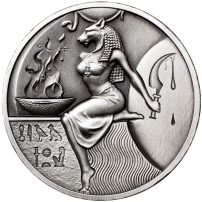 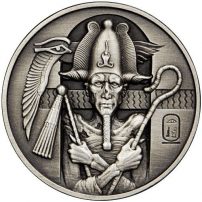 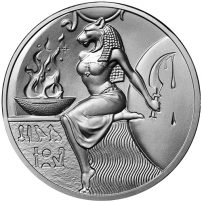 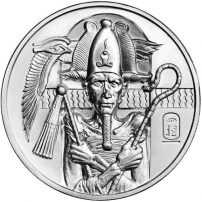 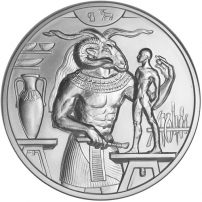 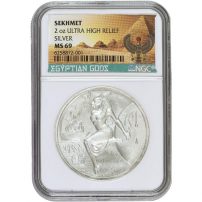 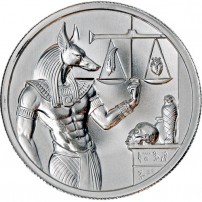 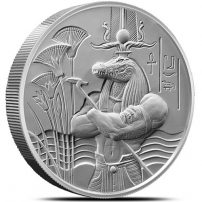 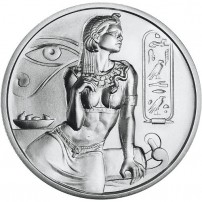 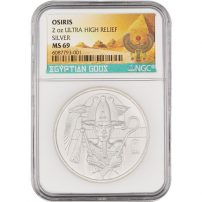 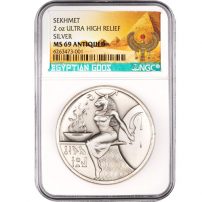 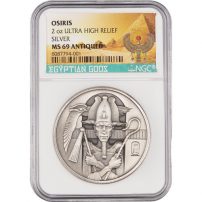 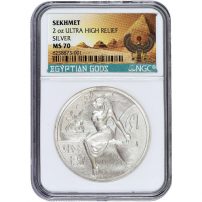 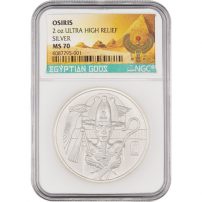 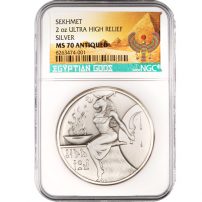 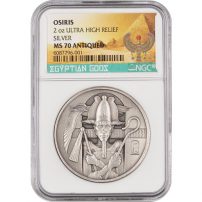 Every culture has its own mythology, religions, and beliefs that were pervasive at some point in time. In the ancient world, one of the most powerful cultures was that of the Egyptians. Ruling over the Nile River Delta where the African continent meets the Middle East, the Egyptians had a rich society and a complex system of deities. For those who love buying unique silver products, the silver bullion rounds of the Egyptian Gods Series should be near the top of the list!

Features of the Egyptian Gods Series

Each of the Egyptian Gods Series Silver Rounds features designs struck onto a rimless, 2 oz silver blank. The products in this selection come with a high-relief strike, the result of the silver blanks being struck under intense pressure in a slow coining process. Often, the presses will strike the blank several times to bring out a greater 3D visual for the design.

There is no announced mintage cap for any of the designs in the collection. Each one is available to purchase individually in protective plastic, or in bulk orders. The bulk options include tubes of 10 rounds our boxes with 250 rounds packaged inside of 25 individual tubes of 10 rounds. Most importantly, the rounds in this collection have their own unique obverse and reverse designs reflecting the Egyptian God as it was known to the people, and in the forms, it was believed to take.

Continuation of the Egyptian Gods Series – New and Upcoming Releases

Starting in 2021, the Egyptian Gods Series resumed with new designs released and even more designs planned to revive this popular collectible silver round series. The designs are again available to purchase in 2 oz silver with an ultra-high-relief strike on both traditional proof and antique specimens. There are a total of three designs planned for the continuation of the Egyptian Gods Series that include:

From the first design to the last in the Egyptian Gods Series, the collection features the work of the same artist. Heidi Wastweet created the four original designs in this series and is back on board to create the new releases in the collection, Osiris and the other upcoming depictions. Ms. Wastweet’s career started in 1987 and includes more than 1,000 individual coin and medal designs to date. She previously served as the Chief Engraver of the Sunshine Mint for 11 years, served as the lead artist and sculptor for the Global Mint for five years, and has worked with the United States Mint on projects as an individual artist. Her medal designs are held in the collections of places like the Smithsonian, American Numismatic Society, and the British Museum.

Mintage for Each Egyptian God Release

As with any limited-run series, the individual designs in the Egyptian Gods Series have differing mintage figures. The length of the time the rounds were in production and the demand for each played a role in the final mintages for each one:

Gods and the Ancient Egyptians

The ancient Egyptians lacked the ability to perceive that which occurred around them in the world. The actions and roles of the Egyptian gods were a means of understanding the world, and these myths expressed an important part of the ancient Egyptian religion.