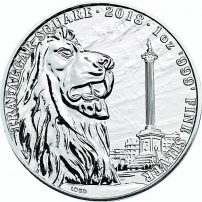 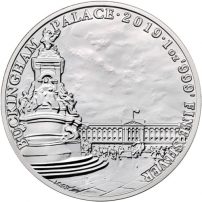 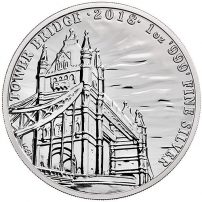 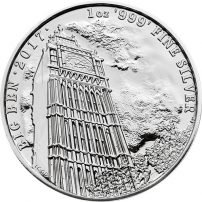 The Icons of the British Landmarks of Britain Collection

The City of London is one of the oldest populated settlements in human history that is still inhabited today. London was founded by the Romans 2,000 years ago and named Londinium. To this day, the city maintains its 1.12-square mile medieval boundaries and is full of architectural icons that stretch back across centuries of British history. The Royal Mint honors the icons of Britain in a new series of collectible silver bullion coins known as the Landmarks of Britain.

A total of four coin designs are available in the Landmarks of Britain Collection from the Royal Mint. Each design has a limited mintage upon release and features a reverse design from Laura Clancy and Glyn Davies. A cultural world capital, millions travel to London each year to see the very landmarks that you’ll find on the reverse side of the brilliant silver coins for sale in the Landmarks of Britain collection.

About the Landmarks of Britain Collection

The Royal Mint’s Landmarks of Britain Collection has a name that suggests a wider focus on landmarks from across England and Great Britain, but the reality of the series is that each design comes from the City of London. The city is home to four UNESCO World Heritage Sites, and though none of those designs feature in the Landmarks of Britain Collection, you’ll still find some iconic symbols of British architecture, civic achievement, military accomplishment, and culture. Major landmarks in the city featured in this collection include the following, in order of issue:

Each of the silver coins in the Landmarks of Britain collection contains 1 Troy oz of .999 pure silver. The coins have a face value of £2 (GBP) backed by the government of Great Britain. All coins ship to you inside of protective capsules upon original purchase and have a limited mintage of 50,000 coins per design. While the coins have different reverse designs in the four-coin release schedule, the obverse of all coins is the same.

On the obverse of all British Landmarks of Britain Collection coins, you’ll find the fifth-generation portrait of Queen Elizabeth II. This design was unveiled in 2015 and began appearing on Royal Mint coins dated 2016 and later. Created by Jody Clark when he was just 33 years old, he became the youngest Royal Mint Engraver ever to create the effigy of a monarch for modern coinage. Clark’s right-profile portrait of Her Majesty depicts the Queen at the age of 89 as she wears the royal diadem crown on her head. Her bust is accompanied by engravings of “2 Pounds,” “Elizabeth II,” and “D.G. Reg F.D.”

When visitors come to London, one of the first landmarks they seek out is Big Ben. This giant clock tower sits at the north end of the Palace of Westminster in London where the Houses of Parliament meet. The common reference to the site as Big Ben overlooks the true name of the structure though. Big Ben refers to the largest of the five bells inside. This largest bell rings on the hour and is named after Sir Benjamin Hall who oversaw its installation during the tower’s construction in 1859. From 1859 to 2012, the tower structure itself was known simply as Clock Tower. In 2012, parliament authorized the renaming of the tower as Elizabeth Tower in honor of Queen Elizabeth II’s Diamond Jubilee celebration.

The reverse design in the Big Ben Coin release depicts the view of Elizabeth Tower looking up at its iconic clock as clouds move through the sky above and a tree partially blocks the view from the base. Engravings include the name “Big Ben” and the year of issue, weight, purity, and metal content of the coin.

Tower Bridge is another of London’s greatest landmarks, but it is often mistaken for London Bridge. Tower Bridge is one of the five major bridges in the city crossing over the River Thames. Though it is mistaken commonly for London Bridge, it is located ½ mile downstream from the latter and has its own stunning visuals. The name comes from the iconic towers at either end of the suspension section of the bridge that raises and lowers to allow access to the Pool of London port facilities located downstream near the Tower of London.

On the reverse of the Tower Bridge Coin, you’ll find the image of the bridge itself as you view it from one bank of the River Thames looking across the water toward the other bank. Completed in 1894, Tower Bridge handles some 40,000 motorists, cyclists, and pedestrians daily and raises its suspended section nearly 1,000 times per year to allow safe passage of taller ships.

Trafalgar Square is a common gathering ground in the City of London that is popular with citizens and visitors alike. Located on historic grounds within the city, the site of Trafalgar Square housed the King’s Mews (stables and garages) starting in the 13th century. King George IV moved the mews to Buckingham Palace in the early 19th century and left the area to John Nash to redevelop.

The reverse of the Trafalgar Square Coin bears the image of Nelson’s Column in the background with a massive lion resting in the foreground as a guardian of the column. Trafalgar Square opened in 1844 with the column honoring Admiral Horatio Nelson and featuring four bronze lions guarding the base of the column. Admiral Nelson led the successful British Navy in the conflict with French and Spanish forces at sea off the coast of Cape Trafalgar, Spain. Known as the Battle of Trafalgar, the British Navy won the day in a significant defeat for French and Spanish forces in the Napoleonic Wars.

In the final coin design released in the Landmarks of Britain Series, the official residence of British monarchs since 1837 appears in the form of Buckingham Palace. The palace originated in 1703 as a large townhouse built for the Duke of Buckingham. The site and building didn’t come into the hands of the monarchy until 1761 when King George III acquired the property as a private residence for his queen, Queen Charlotte. It was then known as The Queen’s House. Throughout the 19th century, it was enlarged by architects John Nash and Edward Blore, placing three new wings around a central courtyard. Queen Victoria I was the first monarch to call the cite home as the official London residence of the monarch when she moved in in 1837.

The reverse of the Buckingham Palace Coin features a beautiful look at the palace with its trademark East Front façade. Built in 1850 during expansion of the building and remodeled in 1913 by Sir Aston Webb, the East Front has the famous balcony from which the royal family greets the public during ceremonial events.

If you’re interested in buying silver from the Landmarks of Britain Series, feel free to contact JM Bullion. Our customer service team can answer your questions on the phone at 800-276-6508, online using our live chat, and via our email address.