Looking Back on 230 Years at the United States Mint 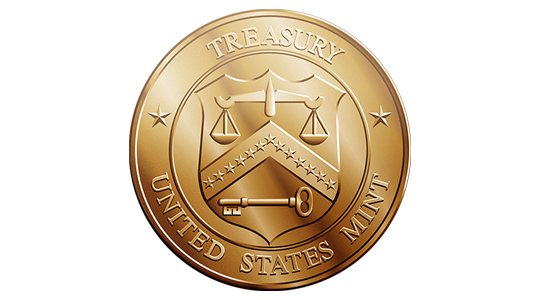 When the United States Mint was formed, it boasted just one mint facility. The Philadelphia Mint, the same institution still in operation today, was the lone mint facility for the US Mint from its founding in 1792 until the 1830s. The mint was responsible for the production of a handful of denominations that included the US penny, half dime, dime, and the gold denominations of the US Eagle Series. Today, the Philadelphia Mint remains the largest minting facility within the United States Mint system and operates from its fourth location in Philadelphia.

The first branch mints introduced in the US Mint system came in the 1830s and were located in the southeastern United States. These locations were chosen because of the discovery of gold in the Carolinas and George during this decade. The first of these locations was the Charlotte Mint, which opened its doors in 1838. That same year saw the opening of the Dahlonega Mint in Georgia. Both mints remained operational until the start of the US Civil War in 1861 and did not reopen following the conflict.

Arguably the most unique branch mint in US history was the Manila Mint. Opened in Manila, Philippines, in 1920, the mint issued local currency from 1920 to 1922 and again from 1925 to 1941. It remains the only US Mint branch facility ever opened outside the continental United States.

The Carson City Mint is the final defunct branch mint of the US Mint. It opened in 1870 and remained in operation through 1885. After a brief hiatus between 1886 and 1888, it resumed operations for a short period from 1889 to 1893 before it too closed permanently. Like the Dahlonega and Charlotte locations, the Carson City Mint was opened to take advantage of local precious metals discoveries. This time, however, silver was the driving factor, not gold.

The Modern US Mint System

As noted earlier, the Philadelphia Mint remains the central and largest branch of the US Mint some 230 years later. It is assisted in the production of circulation and commemorative coinage by the San Francisco Mint (1854), the Denver Mint (1906), and the West Point Mint (1988). These facilities are joined by the operational headquarters of the US Mint in Washington D.C. and the national gold bullion depository at Fort Knox as the six-site structure of the US Mint.

From historic Pre-33 Gold Coins and US silver dollars from both the 19th and 20th centuries to the modern gold, silver, platinum, and palladium bullion coins of the US Mint, American coinage forms the backbone of our collection at JM Bullion. If you are interested in buying American precious metals, please don’t hesitate to ask. Our team can always assist you at 800-276-6508, online using our live chat, and via our email address. Our Facebook page and blog are also great resources for our customers.