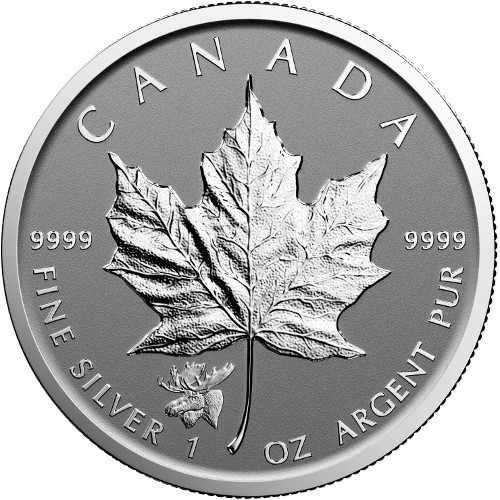 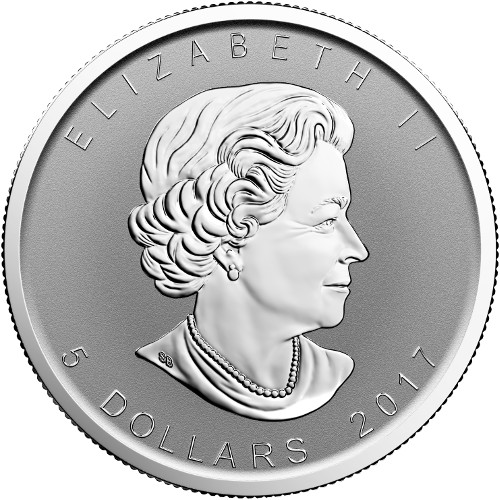 The Canadian Silver Maple Leaf is already one of the most popular coins available in the world today, but the addition of unique privy marks often drives demand even higher. Combining this annual bullion series with designs from the popular Canadian Wildlife Series, the Royal Canadian Mint offers the Wild Canada Series. The 2017 Moose Privy Canadian Silver Maple Leaf Reverse Proof Coin is available to you today online from JM Bullion.

The obverse of all Wild Canada Canadian Silver Maple Leaf reverse proof coins features the right-profile portrait of Queen Elizabeth II. Captured by Susanna Blunt, Her Majesty’s profile appears along with engravings of the Queen’s name, the year of issue, and the face value of the coin.

On the reverse of each 2017 Moose Privy Canadian Silver Maple Leaf bears the traditional sugar maple leaf design for the bullion series, complete with a moose privy mark in the lower-left area of the design field. These coins include all of the safety and security features of the Canadian Maple Leaf bullion collection, such as the radial lines that help deter counterfeiting.

All Canadian Silver Maple Leaf coins with privy mark in the Wild Canada Series are reverse proof specimens. Coins with a reverse proof striking have clear, mirrored finishes on the design set and a beautiful, frosted finish for the background fields.

The Royal Canadian Mint is the official sovereign mint of the nation of Canada. Opened in 1908 to provide the nation with independent control over its coining, the mint operated only one location in Ottawa until the 1980s. At that point, a new facility was opened in Winnipeg to boost minting capacity in the RCM system.

We encourage all customers to contact JM Bullion with any questions. You can reach us on the phone at 800-276-6508, on the web through our live chat, and via our email address. You can also visit our website at any time to the latest silver spot price today.

C from TX - January 09, 2018
"B E A U TIFUL! a magnificent addition of Canadian coinage to my collection. Yes there is a premium ..but it is a proof coin so do ur research. The frosted idea is a nice touch to bring out the maple... the moose head,,, well its a moose head lol. U must behold this coin!"

Scott from TX - April 17, 2017
"Just picked up five of the Moose to add to the prior three releases. Great coin and at only a 50K release each this will be a nice semi numismatic series to have for the long haul."