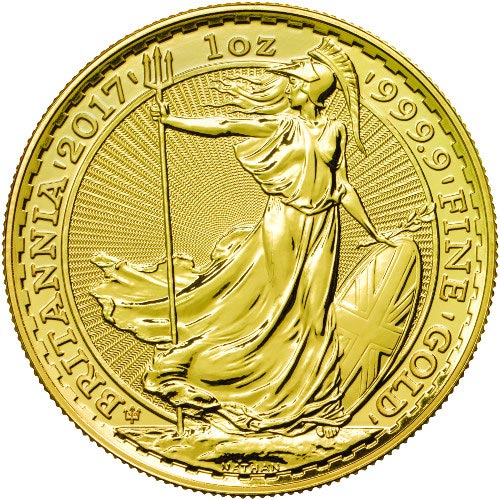 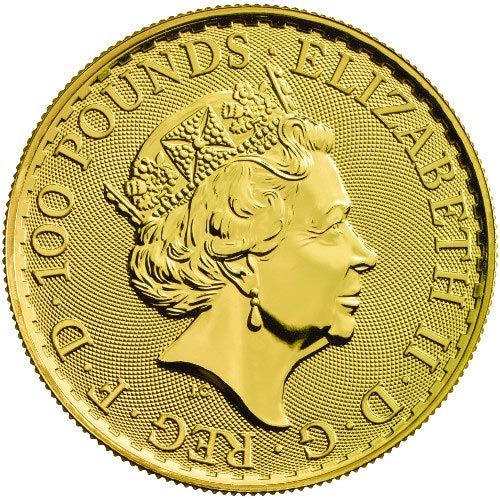 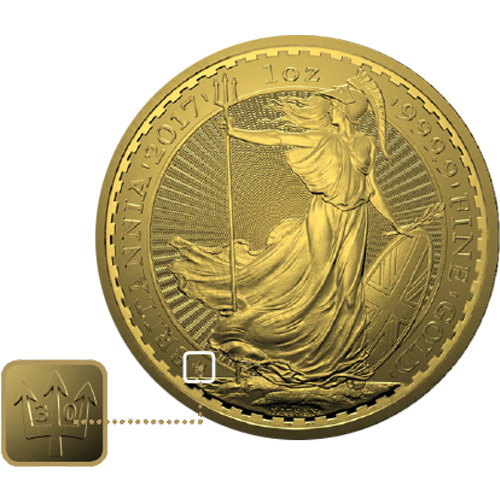 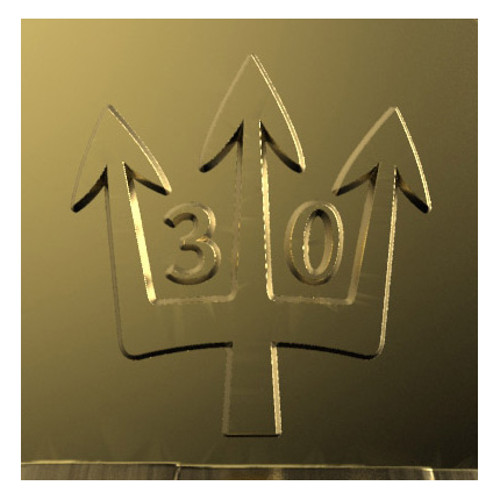 Renewed appetite for investment options and a growing bullion market pushed the Royal Mint to release a brand-new bullion investment coin in 1987. The Britannia coin debuted in 1987 with a 1 oz gold option, and though it would later grow to include a 1 oz silver coin a decade later, the Gold Britannia remains the highlight of this popular series. Today, the 2017 1 oz British Gold Britannia 30th Anniversary Coin is available to you online from JM Bullion.

The Royal Mint is celebrating two anniversaries for the Britannia program in 2017. The Gold Britannia leads the way in this stunning series with its 30th anniversary, but the Silver Britannia coin marks its 20th anniversary this year with a celebratory release of its own.

Included on the reverse side of both versions of the coin in 2017 is a mint mark that honors the anniversary of the individual programs. Located to the bottom-left of Britannias image youll find the head of a trident with a 3 and 0 between the spikes, commemorating the 30th anniversary of this famous coin.

Each 2017 1 oz British Gold Britannia Coin in this listing is in BU condition. Coins in BU condition have no signs of wear and tear, though you may notice minor flaws ranging from breaks in the luster and spotted surfaces to contact marks from the production process at the mint.

On the obverse of the 2017 1 oz British Gold Britannia Coin is the image of Queen Elizabeth II. This design is the latest portrait of Her Majesty, and serves as the fifth-generation depiction of the Queen since her ascension to the throne in 1952. It was created in July 2015 Royal Mint engraver Jody Clark.

The reverse includes Philip Nathans depiction of the strong, powerful Britannia. This female figure wears a Corinthian cap on her head, holds a trident in her right hand as a symbol of her control over the seas, and clutches a shield in her left that is emblazoned with the Union Jack to defend the British Isles from invaders.

For the 30th anniversary of the gold coins, the Royal Mint has increased the security of the coins with new protection features. Youll notice a new high-security radial sunburst emanating from the background field that helps better deter counterfeiting efforts.

Please dont hesitate to contact JM Bullion at 800-276-6508 with questions. You can also connect with us online through our live chat and email features. As always, you can check gold and silver prices today online at our website.

Andrew from MD - August 01, 2017
"Can't say enough nice things about this piece. The 30th anniversary Britannia and the 50th anniversary Krugerrands are the stars of 2017!"

John from IL - July 17, 2017
"I'm a long time silver buyer from JM Bullion, but this is my first time buying gold. I'm happy to say that I'm extremely satisfied. JM provides the most thorough tracking details available so that the buyer can always be confident of their expensive order's location and status. In addition, the 30th anniversary Britannia is a spectacular coin. Complete with with the 30th anniversary privy mark, the coin is in absolutely perfect condition and shines as bright as one expects that a gold coin should. I have trusted JM for product quality and shipping thoroughness for three years and shall continue to do so for a long time."

Rick from OH - April 07, 2017
"I received my 2017 30th Anniversary Gold Britannia today and it is outstanding in detail and quality. It is only a few dollars more than the standard 2017 Gold Britannia, but in addition to the privy marking on the reverse side, it also comes in a capsule. I have purchased numerous silver products over the past four years from JM Bullion, and I am buying 1 ounce gold coins monthly this year. JM Bullion is great in price and delivery - every time."