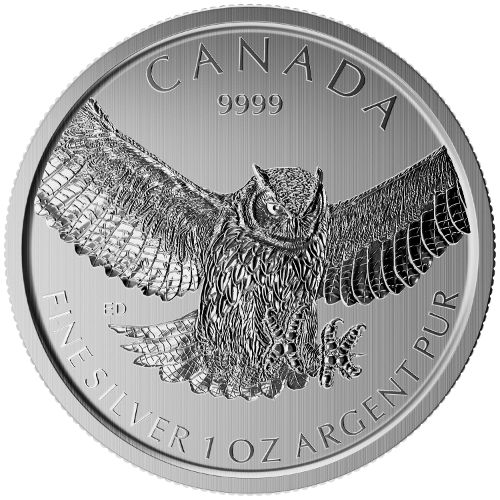 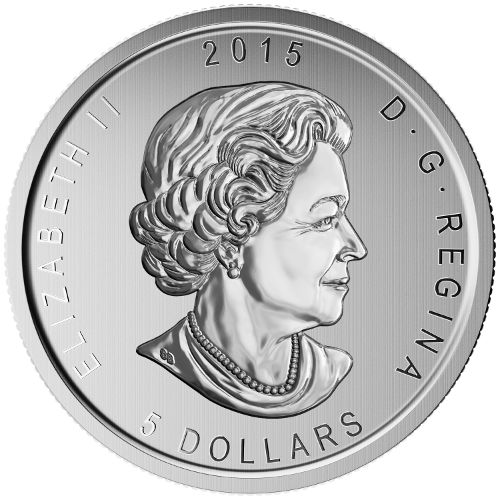 The Royal Canadian Mint’s popular Birds of Prey Series comes to a conclusion with the release of the Great Horned Owl coin. Commemorating various birds of prey found in Canada, the series concludes with a bird whose range across the Western Hemisphere is unmatched by others in the series. The 2015 1 oz Canadian Silver Great Horned Owl Coin is available now on JM Bullion in Brilliant Uncirculated condition.

Canada’s Birds of Prey coin series is actually the successor to a previous six-coin series released between 2011 and 2014 called Canadian Wildlife. Those coins proved so popular that the Royal Canadian Mint designed and released the four-coin Birds of Prey series over the course of 18 months, starting in February 2014.

The Birds of Prey series coins were all designed by illustrator Emily Damstra. The first coin depicted the peregrine falcon, followed in August 2014 by the bald eagle, and the more recent red-tailed hawk. Each of the coin designs featured the birds in full flight.

On the reverse face of each coin is the menacing image of a great horned owl as it swoops in on its prey. The bird’s figure is finished in a frosted relief, with the background featuring a unique lined, textured background. Engravings include “Canada,” the illustrator’s initials “ED,” and the coin’s purity, metal content, and weight.

The obverse features the familiar right-profile portrait of Queen Elizabeth II, created in 2003 by Susanna Blunt. Each of these coins is available in Brilliant Uncirculated condition. A BU coin shows no signs of wear and tear, but may feature breaks in the luster, spotted surfaces, or minor contact marks.

The Royal Canadian Mint is one of the foremost refineries in the world. Founded in 1908, it has produced a variety of precious metal products ranging from gold bars used to repay British World War I debts to Olympic medals for the Vancouver 2010 games.

If you have questions, don’t hesitate to reach out to JM Bullion. Our associates are available at 800-276-6508, online via web chat, and through email. If you are interested in similar products, be sure to check out our full selection of Silver Birds of Prey Coins.

Darrell from TN - January 26, 2016
"My favorite coin in the birds of prey series. JM Bullion is my first choice bullion coin dealer."

Michael from FL - November 13, 2015
"I got my first Canada Great Horned Own coin today. The detain in the owl is quite stunning. My coin came in pristine condition too. I would definitely recommend have AT LEAST one in every collection."