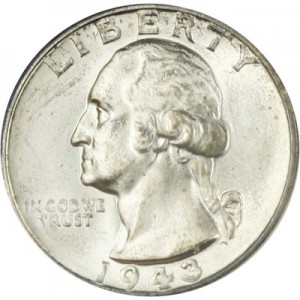 The US Mint was first established during the late 1700s, and has since then built quite a reputation for itself. Not only tasked with the production of US coinage, the US Mint is also tasked with producing the coins of countries from all over the world. With that said, the most popular coins produced by the US Mint are often US currency.

One of the most iconic pieces ever produced by the US Mint is the Washington Quarter, which first made an appearance in the first parts of the 20th century. These coins are still being produced, but the earlier versions are of the utmost importance to collectors everywhere.

As is the case with any coin that is more than a decade or two old, any and all collectors will first take into consideration the condition of the coin. Because coins this old have had ample opportunity to become damaged, it is no wonder that stringent collectors are so very much concerned with the overall appearance of the coin.

When it comes to officially assessing the condition of a coin, this is done through a grading process that is often performed by a highly respected organization. Unfortunately, not everyone has the time and money to send coins away for grading, so we have provided below a listing of the different coin grades as well as their related characteristics.

Uncirculated: A coin that is graded as being Uncirculated is one that never spent any time exchanging hands on the open market. These coins have been extremely well-preserved over the years and have maintained all of their original texture, imagery, and inscriptions. As you could have probably guessed, these coins are the most attractive to collectors.

Extremely Fine: A coin receiving of this grade is one that has spent almost no time in circulation. Thanks to this fact, the coin will appear to be mostly pristine and free from damage. Once you look a little closer, however, you will notice that there is some light scratching present on the coin’s faces. All in all, these coins are a great find for collectors everywhere.

Fine: A coin that is given a Fine grade is one that spent a good amount of time exchanging hands, but did not incur the damage typically associated with heavily circulated coins. While you will still be able to make out the imagery and inscriptions present on the coin, the actual surface of the coin will have been worn down a bit due to the changing of hands over the years.

Good: A coin that is graded as being Good will have been circulated for an extremely elongated period of time and will have been fairly heavily damaged along the way. While not the absolute worst grade, you will notice that these coins have been quite heavily worn.

When it comes to pricing any Washington Quarter, you must first take a few key pieces of information into consideration. For one, the fact that multiple types of these coins were minted every year, the scarcity related to the given type of coin will be the first factor affecting price. Secondly, the condition of the coin means everything. As expected, the better preserved the coin is the higher its selling price will likely be. Below is a chart that aims to give you a better idea of what you can expect to pay for a Quarter given its type and grade.