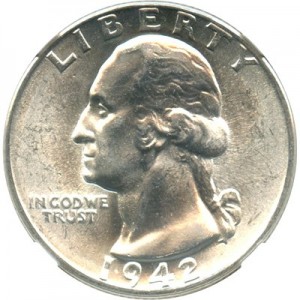 Still being produced today, the Washington Quarter is easily one of the most identifiable coins ever produced by the US Mint. Though it may seem hard to believe, the US Mint has been in business for more than 200 years, and actually has a history that dates back to the first years of the United States as a country. Since its inception, the US Mint has been producing some of the finest coinage in the world.

The Washington Quarter is just one of many coins desired by collectors, and is also one of the newest coins that have really become popular as a collector’s item. Despite their relative newness, these coins are still often found in sub-par shape, which makes things difficult for the collector who is attempting to purchase only well-preserved pieces.

When it comes to the Washington Quarter or any other coin that is more than 50 years old, collectors will always closely analyze the coin’s condition. Because no one wants a collection full of tarnished, beaten up coins, it makes sense that collectors are very concerned with how well-preserved their coins are.

In many cases, a person who wants to find out more about the condition of a given coin will send that coin away for grading. Knowing that not everyone has the time and money to send their coins away for grading, we have provided below an outline of the different coin grades and their related characteristics.

Uncirculated: An Uncirculated coin is one that has spent no time exchanging hands and has instead been kept in safekeeping throughout the entirety of its life. Thanks to this preservation, these coins appear to be perfect and honestly look as though they were just minted. Naturally, Uncirculated Washington Quarters are by far the most highly sought after by collectors.

Extremely Fine: An Extremely Fine coin is one that was circulated for only a short period of time. Thanks to this, the coins falling under this grade appear to be mostly pristine, with all imagery and texture fully intact. Under close inspection, you will be able to make out some small imperfections, but nothing major.

Fine: A coin that is graded as being Fine is one that was in circulation for a moderate period of time. During its time in circulation, the coin will have been subjected to a good amount of wear and tear. Light scratching is the most commonly found imperfection, but the types of damage you will find can vary dramatically from coin to coin.

Good: This grade is given to those coins that have been fairly heavily circulated and are in rough shape. Though you are still able to make out the imagery and inscriptions with relative ease, the overall texture of the coin will have likely been worn down considerably.

When it comes to trying to determine a price for the 1942 Washington Quarter, or any other Quarter for that matter, the first thing you must look at is the condition of the coin. Condition means everything to collectors so it only follows that those well-preserved pieces will sell for the highest prices. Secondly, because there were multiple types of Quarters produced annually, the exact type of coin also plays into how much the asking price will be. Below is a chart aimed at giving you a better idea of what you can expect to pay for a 1942 Washington Quarter given its grade and type.