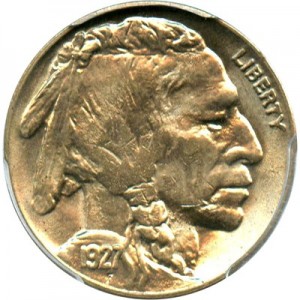 Being that the Buffalo Nickel was minted so long ago, it is naturally quite difficult to get your hands on one. What’s more, for a collector trying to find a 1927 Buffalo Nickel in great condition, the process becomes immensely difficult. After all, these coins were heavily circulated, which means that very few have survived the years in excellent condition.

For a collector, the condition of the coin means everything. No one wants to add tarnished, destroyed coins to their collection, so it should come as no surprise that people are willing to pay a hefty price just to get their hands on one of these pieces.

When it comes to officially judging the condition of a Buffalo Nickel, this is a process known as grading the coin. Under normal circumstances, grading is something that is done by an official grading company. Understanding that not everyone has the time and money to send their coins away for grading, listed below are the specifications for what you can expect to see on the faces of a graded 1927 Buffalo Nickel

Uncirculated: Coins that receive this grade are those that, after being minted, were almost immediately placed into safekeeping. Thanks to their being protected, these coins are in perfect condition and home to no signs of damage whatsoever. Perhaps most surprising of all is the fact that even some of the mint’s original luster will have been retained through the years.

Extremely Fine: A coin receiving this grade is one that was circulated, but only for a short period of time. These coins will show some light scratching and wear on both faces, but will generally appear to be in great condition. The only way you will be able to uncover signs of wear is by carefully examining the coin up close.

Fine: This is the grade given to coins that were circulated for a short period of time, but did not get destroyed in the process. Wear and some damage will be able to be seen, with most of the wear occurring near the Indian’s cheekbone and/or near the front legs of the buffalo.

Good: Coins receiving this grade are in the absolute worst condition because they were circulated for decades on end. During their time in circulation, these coins have incurred a lot of physical damage that can include anything from scratching, to chipping, and even bending. In this condition, these coins are affordable, but are not necessarily the most attractive addition to a collection.

As is the case with most old coins, the way you can figure out how much you will have to pay for a Buffalo Nickel is by paying close attention to the condition the coin is in. People are willing to pay exorbitant amounts for a coin in great condition, so it should come as no surprise that an Uncirculated piece will break the bank while a Good piece may not cost much at all. The chart below will help you determine a price for your coin(s) given the type and condition.