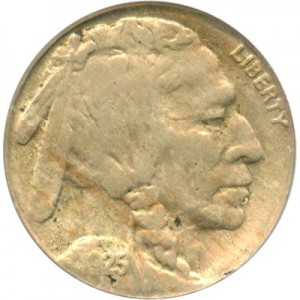 Buffalo Nickels were not the first 5-cent piece produced by the US Mint, but they are one of the most popular. Produced mostly during the early parts of the 20th century, Buffalo Nickels make up a vital portion of the early 20th century US coinage. Collectors love these coins for a number of different reasons, but mostly because they are so beautiful and increasingly difficult to find.

When it comes to collectors, these coins are especially popular because of their scarcity. Further than that, collectors love these coins because of how beautifully designed they are. Being that the 1925 Buffalo Nickel was produced right in the middle of the Buffalo Nickel’s wider production run, it is clear to see why collectors want to get their hands on this oft-neglected piece.

When it comes to judging the condition of Buffalo Nickels, this is something most often done by the first collector to ever get their hands on the coin. Because any number of things can happen to a coin throughout its time in circulation, it only makes sense that collectors will pour over the coin looking for any imperfections.

Under normal circumstances, the process of grading a coin is something that is done by a professional grading service. Unfortunately, because not everyone has the ability to send their coins to a professional company, you can use the specifications below to gain a better understanding of what you can expect to find with coins of a certain grade.

Uncirculated: A coin that was never used to buy goods or pay for debts is known as an Uncirculated piece. These coins will show absolutely no signs of wear and will appear as though they were minted a few weeks ago, not almost one hundred years. Even some of the mint’s original luster will be present on the surface of the coin, giving it a nice shine.

Extremely Fine: An Extremely Fine coin is one that was circulated for a short period of time but did not suffer a lot of damage as a result. Apart from some light scratching and other small imperfections, the coin’s surfaces will appear to be mostly blemish-free. Though the coin will have more than likely lost most of its shine, the actual appearance of its faces is better than what you might expect from a coin as old as this one.

Fine: In this condition, the coin in question will show a decent amount of wear from years of circulation. There will be ample scratching on the coin’s surfaces, and other signs of wear will be easily made out. Even some of the boundaries separating the coin’s inscriptions and images from the rest of the coin will be a bit difficult to make out due to its time in circulation.

Good: In this condition, the coin will show ample signs of wear and tear including anything from scratching, to chipping, and even bending. This is the grade given to most 1925 Buffalo Nickels as most of them have been circulated for an extremely long period of time.

When it comes to giving coins as old as the 1925 Buffalo Nickel a price, you must look no further than the condition the coin is in. Because these coins are so old, collectors are naturally willing to pay more for a well-preserved piece than they are for one that is in poor condition. Use the chart below to gain a better idea of how much you are going to pay for a 1925 Buffalo Nickel of a certain grade.