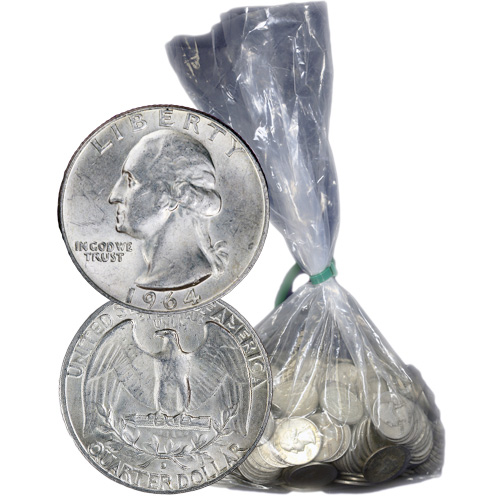 One of the most iconic coin designs on modern circulation US coinage is the image of President George Washington on the US Quarter. Debuting in 1932 and maintaining its place on the obverse to this day, Washington’s portrait is the longest running design on an American circulation coin today. Right now, 90% Silver Washington Quarters are available for purchase from JM Bullion.

George Washington’s image was not originally destined to appear on the US Quarter, or last for as long as it has. Now available on the US Quarter for more than 80 years, the congressional commission established in 1924 to organized a bicentennial celebration in 1932 of Washington’s 200th birthday actually sought to place his image on the half-dollar coin.

The idea was to celebrate the 200th birthday of Washington, born in 1732, by replacing the Walking Liberty design on the nation’s half-dollar coin for just the 1932 issue year. Instead, Congress opted to permanently replace the Standing Liberty quarter design starting in 1932. The latter coin was cancelled in 1930, no quarters were issued in 1931, and the coins returned in 1932 with Washington’s effigy.

Each of the 90% Silver Washington Quarter purchases available to you in this product listing features a canvas bag containing a total of 400 US Quarters, with a total face value of $100 (USD). The Silver Washington Quarters contained within all feature issue dates from 1932 to 1964, as the US Mint abandoned 90% silver contents for all circulation coins starting in 1965.

On the obverse of the Silver Washington Quarter is the left-profile bust of President George Washington. Designed by John Flanagan in 1932, it is said to be inspired both by a sculpting of Washington in 1786 by William Cousins and a plaster buster of Washington by Houden completed in the same year.

The reverse of 90% Silver Washington Quarters features the American bald eagle from the national seal. The eagle is set forward facing at the viewer, with its head looking to the left towards the arrows in its left talon, while the right talon clutches the olive branch of peace.

If you have any questions about these coins, please don’t hesitate to ask. JM Bullion associates are available at 800-276-6508, connect with us online through our live chat, or simply email us. To see similar products, check out our full selection of 90% Silver.