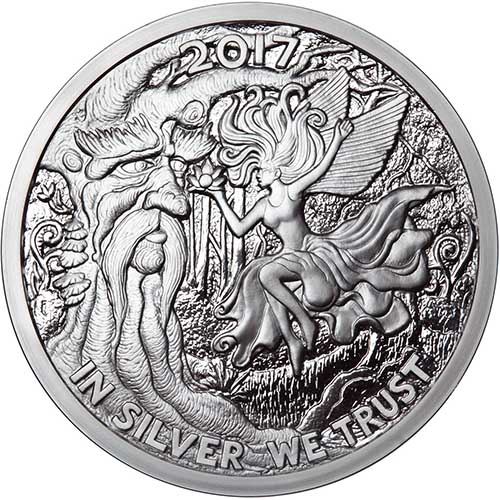 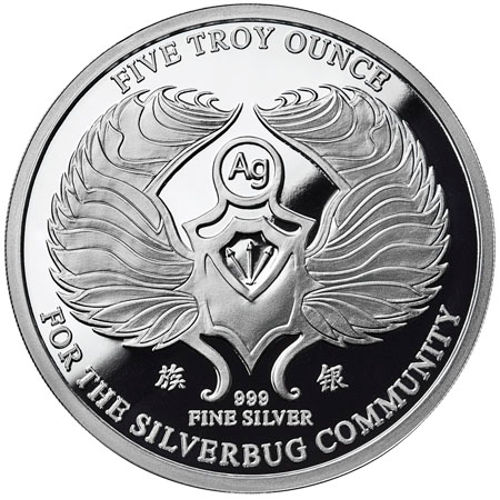 The Silverbug Fairy collection of silver rounds launched with massively positive responses from precious metal enthusiasts in 2014. Originally released with the Ariana Fairy, the favorite among Silverbugs, the collection now moves on to its fourth fairy design in 2017. Right now, the 5 oz Proof Silverbug Tree Fairy Silver Round is available to purchase online from JM Bullion.

Each 5 oz Proof Silverbug Tree Fairy Silver Round available from JM Bullion ships to you sealed inside of an AirTite plastic capsule to protect your investment for decades to come. The silver rounds in the Silver Fairy Collection arrive with an individually numbered Certificate of Authenticity.

The number on that COA corresponds to the use of the edge-lettering on each of the individual rounds. The rounds include a number between 1 and 1,000 marking their striking order from the mint, and that matches the COAs number.

Ariel the Tree Fairy is the fourth release in the Silverbug Silver Fairy collection. All of the rounds in this series are inspired by the members of the Silverbug community on Reddit. The group is famed for its love of all things silver, and Ariana has become a symbol of the group as a whole.

On the reverse of each Tree Fairy Silver Round is the image of the scarab beetle. This design has been the one constant in this collection, having appeared on the reverse of all three previous releases and even on its own independent release in the greater Silverbug collection of rounds. The latest scarab beetle to appear, starting with those on the third release, are hand-carved to add beautiful relief to the design in the series.

Ariel is depicted hovering in flight in front of a massive, cloven oak tree that has a bearded face and powerful limbs to hold her down. Her figure levitates as an angel would, with hair and a dress that blow freely in the wind. Each round has a mirrored-proof finish.

If you have any questions, please contact JM Bullion. Were available at 800-276-6508, online using our live chat, and via our email address.