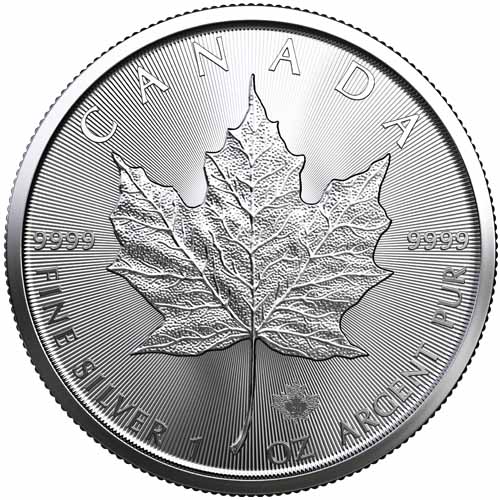 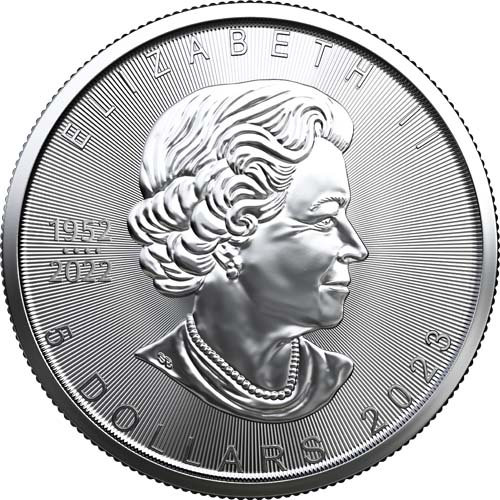 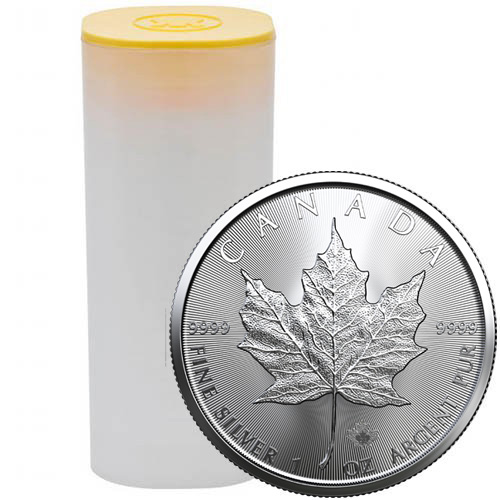 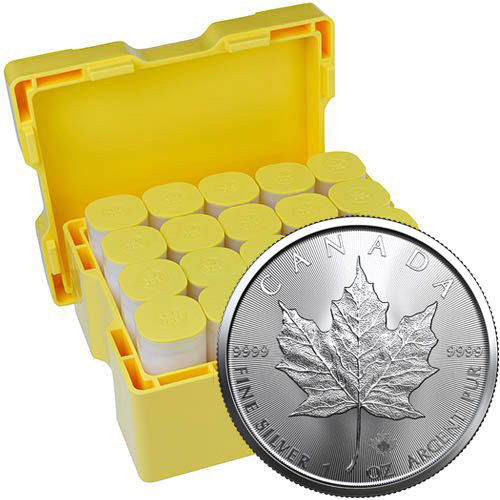 In 1979, the Royal Canadian Mint introduced the coins of the Canadian Maple Leaf Series. Initially, the series was available only in gold bullion versions, with 1 oz coins issued first, 1/4 and 1/10 oz coins introduced in 1982, and a 1/2 oz coin introduced in 1986. However, bigger things were on the horizon.

Queen Elizabeth II graces the obverse of 2023 1 oz Silver Maple Leaf Coins for the final time. With her passing in September 2022, the Royal Canadian Mint will eventually release these coins with an effigy of King Charles III, but early issues will continue with the Queen’s fourth-generation portrait for a final time.

The sugar maple leaf is featured in the reverse design of 2023 Canadian Silver Maple Leaf Coins. This design was created in 1979 by Walter Ott and initially featured only on the gold bullion coins in the series.

These 2023 1 oz Canadian Silver Maple Leaf Coins are available individually in plastic flips. Multiples come in either protective tubes of 25 or Monster Boxes of 500 coins. Each box holds 20 tubes of coins and all specimens are in Brilliant Uncirculated condition.