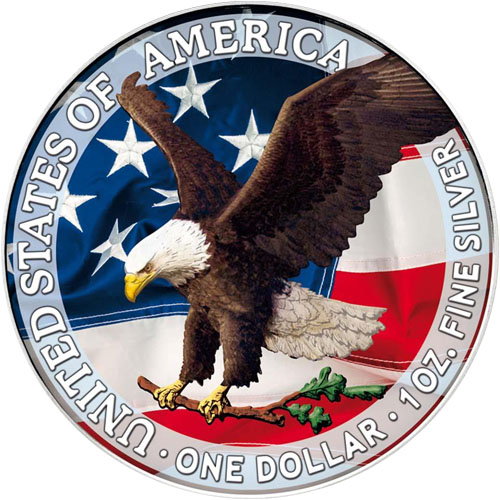 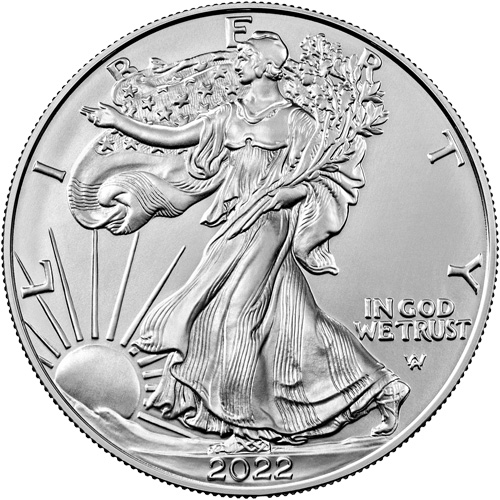 The American Silver Eagle Coin is the world’s most popular silver coin for a reason. With beautiful visuals on the obverse and reverse, and the backing of the federal government of the United States, this silver bullion specimen has attracted millions of buyers over its four decades in production. While the BU, Proof, and Burnished versions are extremely popular each year, small volumes of BU coins are also available with colorized visuals. Now, 2022 1 oz Colorized American Silver Eagle Coins are available to you for purchase online from JM Bullion.

In 1986, the United States Mint issued the first American Silver Eagle Coins. The introductory year offered 1 oz silver coins in BU and Proof versions. These coins were initially struck by the San Francisco Mint, with production of BU coins remaining in San Francisco through 1998 and Proof coins through 1992. The Philadelphia Mint was the next branch mint to issue the coins, striking Proof coins from 1993 to 2000 and BU coins in 1999 and 2000. Since 2001, the West Point Mint has been the home of production for all versions of the Silver Eagle.

In 2006, the United States Mint made its first addition to the Silver Eagle Series. As part of the 20th anniversary of the series, a new Burnished Silver Eagle was introduced. Then, in 2021, the US Mint made its first design change in the series, swapping out John Mercanti’s original heraldic eagle design from 1986 at the midway point of 2021 in favor of Emily Damstra’s new depiction of the bald eagle in flight.

Walking Liberty remains on the obverse of 2022 Colorized American Silver Eagles. This design shows Liberty’s full-length figure in left-profile relief as she walks toward the sun on the horizon as it rises above a mountain.

An American bald eagle features on the reverse of 2022 1 oz Colorized Silver Eagle Coins. This new design from Emily Damstra shows the bald eagle in left-profile relief as it swoops down into view clutching an oak branch.

These 2022 1 oz Colorized American Silver Eagle Coins are available in Brilliant Uncirculated condition. The reverse includes colorized visuals that include the natural plumage coloration of the bald eagle, as well as the red, white, and blue of the American flag in the background.