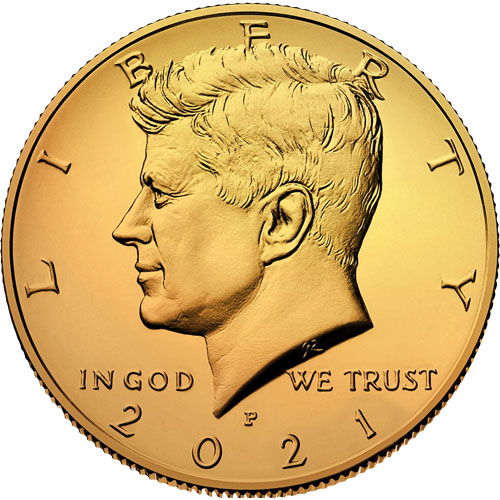 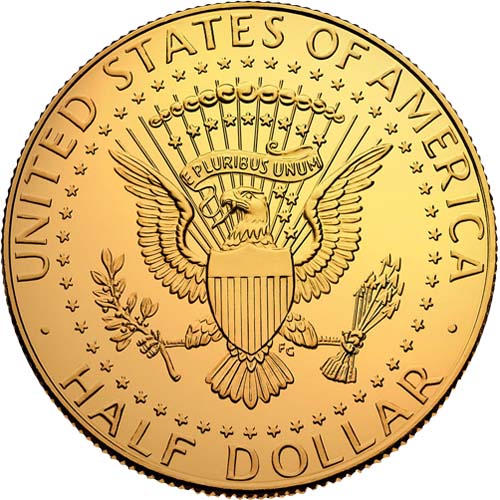 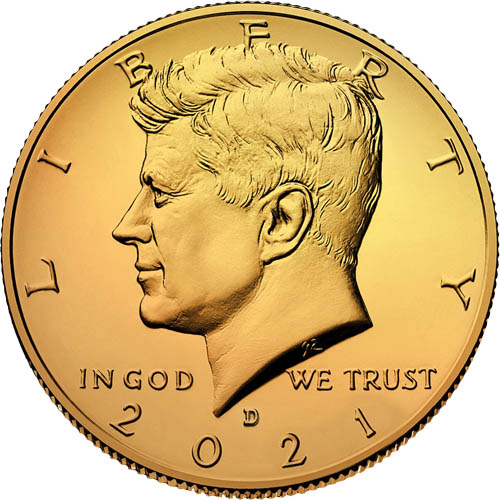 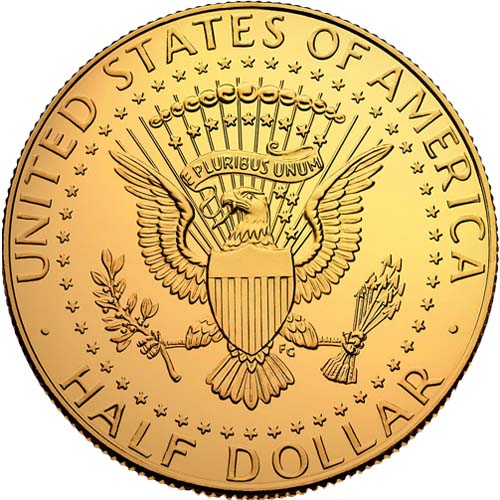 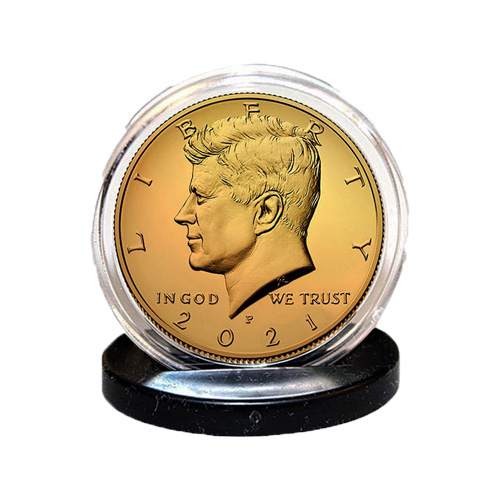 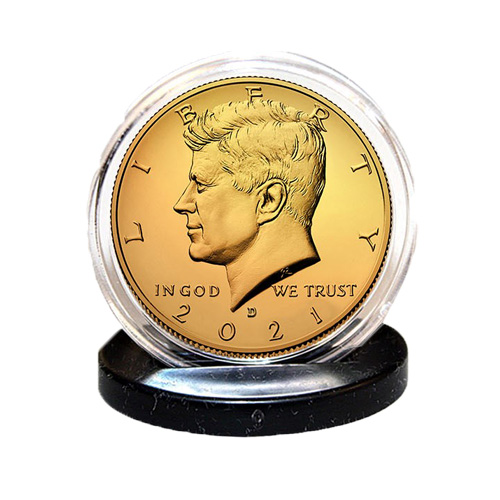 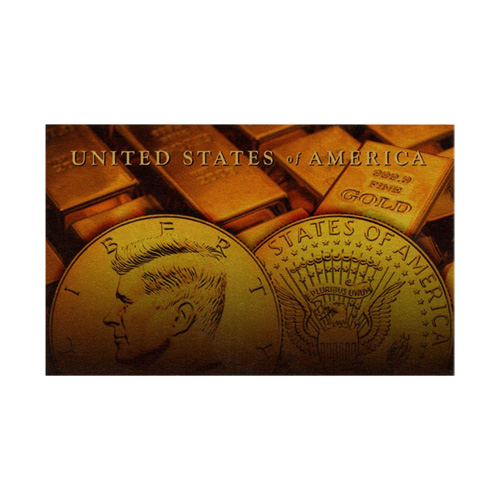 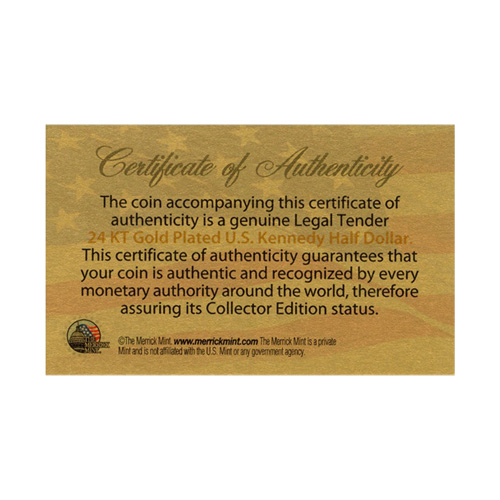 The United States Mint’s most common denominations issued as cupro-nickel coins in the 21st century are the dime, quarter, and half dollar. These coins have been issued by the US Mint for more than two centuries, with the half dollar one of the longest-running, continuous issues in the nation’s history. Now, 2021 JFK Half Dollar Coin Sets with gold plating are available to you for purchase online from JM Bullion.

Half dollars have been in production on a continuous basis since 1794 when the first design element for the denomination was introduced. The series has gone through a total of eight different design combinations over the course of nearly 230 years, with the coins struck from 1794 to 1964 featuring 90% silver content.

On the obverse side of the 2021 JFK Half Dollar Coins in this set, you will find the left-profile portrait of President John F. Kennedy. Following his assassination in November 1963, Congress, the Treasury, and the US Mint moved rapidly to redesign the half dollar and honor President Kennedy. The designs were approved in January 1964 and first released into circulation by March 1964.

The reverse field of the coins in the 2021 JFK Half Dollar Coin Sets comes with a depiction of the modified Presidential Seal. In a design similar to the heraldic eagle, the American bald eagle is found in support of the US national shield with the arrows of war and the olive branch of peace in its talons.

These 2021 JFK Half Dollar Coin Sets are available to you with two individual 2021-dated JFK Half Dollars. The coins each come with a mint mark identifying which US Mint branch facility struck the cupro-nickel legal tender coins. One coin has a “D” mint mark from the Denver Mint, while the other has the “P” mint mark of the Philadelphia Mint. Both coins have a full layer of 24-karat gold applied to the obverse and reverse. The coins ship with separate capsules and display stands, and come with a Certificate of Authenticity.