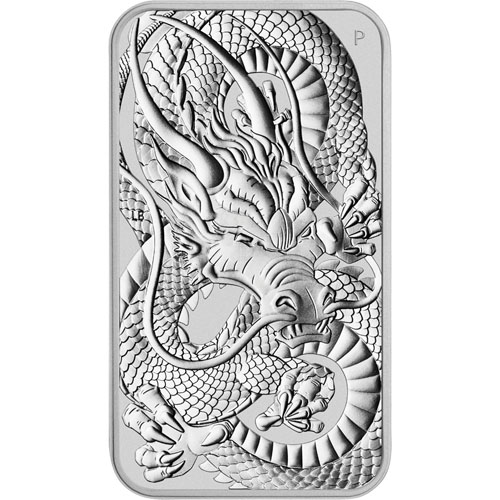 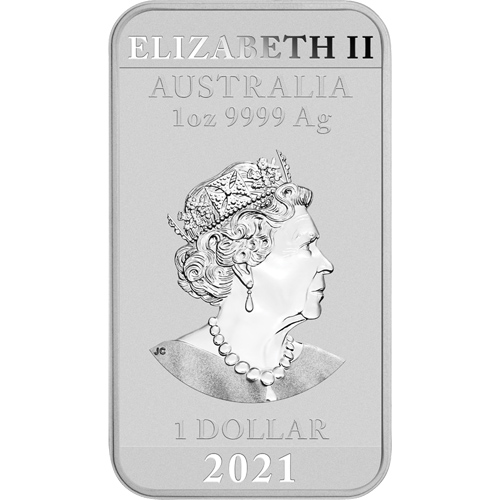 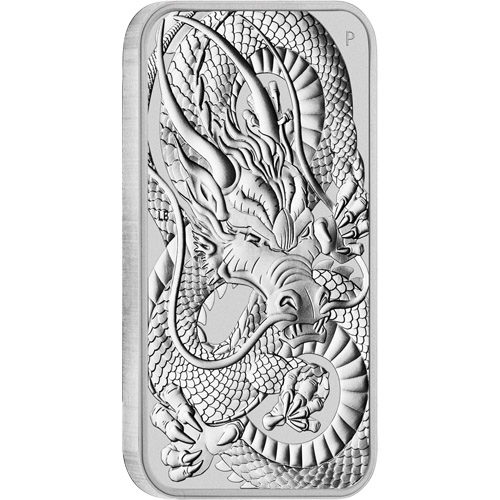 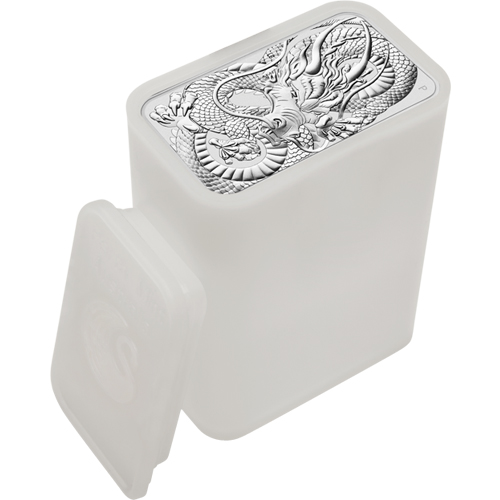 The Chinese dragon is a mythological creature that is legendary across mythology, folklore, and culture at large in Asia. The Chinese dragon is not only associated with the Emperors of old, but with the very founding of the empires of the past and the nation it has become today. Continuing its beautiful rectangular bullion release, the Perth Mint now offers its 2021 design in this coveted series. Now, 2021 1 oz Australian Rectangular Silver Dragon Coins are available to you for purchase online from JM Bullion.

Revered throughout Chinese history, the dragon is viewed as a source of the nation itself. One mythological tale of the Chinese dragon tells of four water dragons that defied the Jade Emperor. Listening to the requests of the people for rain to feed their crops, these water dragons scooped up water in their mouths to spill from the sky onto the crops. Having defied the Jade Emperor, the four dragons were trapped by mountains and pinned to the Earth. These dragons formed the four major rivers of China.

Queen Elizabeth II features on the obverse of 2021 1 oz Australian Rectangular Dragon Coins. This stunning sixth-generation portrait of the Queen captures her at the age of 89. For the first time since 1966, an Australian coin portrait of the Queen includes her full neckline and shoulders. The right-profile relief includes the George IV State Diadem Crown on her head.

A new depiction of the Chinese dragon appears on the reverse side of 2021 Australian Rectangular Dragon Coins. This year’s depiction is, perhaps, the most aggressive and ferocious so far in the series. The dragon’s figure takes up most of the design field in this year’s image, with the dragon’s face front and center as its body coils behind it, almost forming a figure-eight.

These 2021 1 oz Australian Rectangular Silver Dragon Coins are in Brilliant Uncirculated condition. Individual coins ship in a plastic flip. Multiples of 20 come with a plastic tube. Multiples of 200 are housed in 10 tubes inside a Monster Box.

JM Bullion customer service is available to you at 800-276-6508. We are also available online through our live chat and email address features.