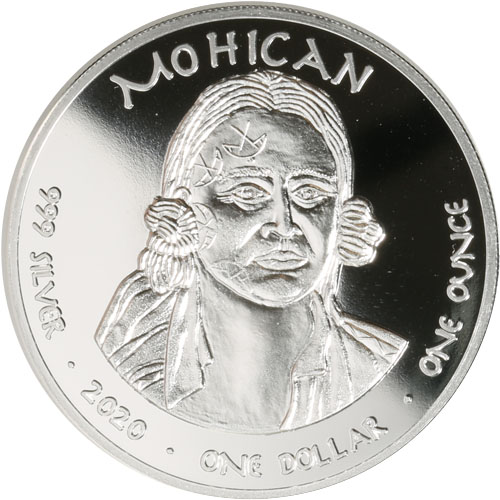 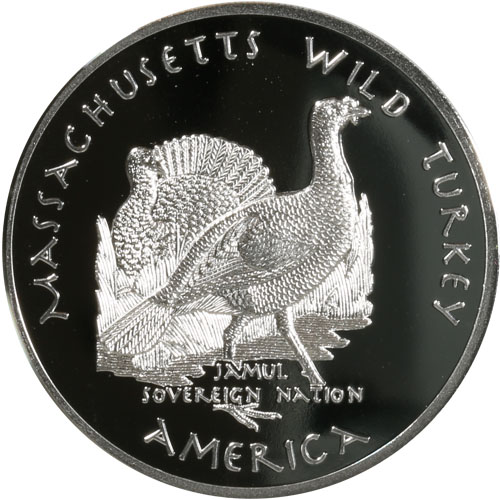 Many of the tribal nations that lived in what is now the northeastern United States prior to the colonial era had a shared tongue and deep ethnic and cultural ties. The Mohican people were no exception to this factor as members of the Eastern Algonquian family of indigenous tribes. For the fourth release of 2020 in the Proof Native American Silver Dollar Series, the Mohican feature in the collection with a wild turkey on the reverse. Now, 2020 1 oz Proof Massachusetts Mohican Wild Turkey Silver Coins are available to you for purchase online from JM Bullion.

Historically speaking, the Mohicans inhabited much of the western reaches of Massachusetts and into small portions of northwestern Connecticut to the south and southwestern Vermont to the north. The Mohicans also inhabited large portions of the upper tidal range of the Hudson River Valley. Following a conflict with the Mohawks known as the Beaver Wars, the Mohicans were largely driven out of New York.

Today, the roughly 3,000 remaining Mohicans are found primarily in Shawano County, Wisconsin. Now located far from their ancestral homelands, the Mohicans came to be in Wisconsin in much the same way that other indigenous tribes were dispersed out of the Eastern Seaboard of North America: federal relocation. The upheaval of the American Revolution saw many of the Mohicans migrate to western New York to join the Iroquois Oneida on their reservation. In the 1820s and 1830s, the federal government forcibly relocated the Mohicans to a reservation in Wisconsin.

The obverse side of 2020 1 oz Proof Massachusetts Mohican Wild Turkey Coins includes the image of an indigenous tribal figure from the Mohicans. This individual stands in a front-facing relief with ceremonial dress on and a few ceremonial paint designs on his face.

On the reverse face of the 2020 Proof Massachusetts Mohican Wild Turkey Coins are two wild turkeys. The male, known as a tom, is depicted in the background and boasts brilliant plumage meant to aid in attracting a mate. The hen walks through the foreground of the design field.

These 2020 1 oz Proof Massachusetts Mohican Wild Turkey Silver coins are available to you with proof visuals that include frosted designs and mirrored fields. Each coin ships individually packaged in a plastic capsule.

JM Bullion customer service is available to answer your questions about silver for sale at 800-276-6508. Alternatively, you can connect to us online through our live chat and email address features.