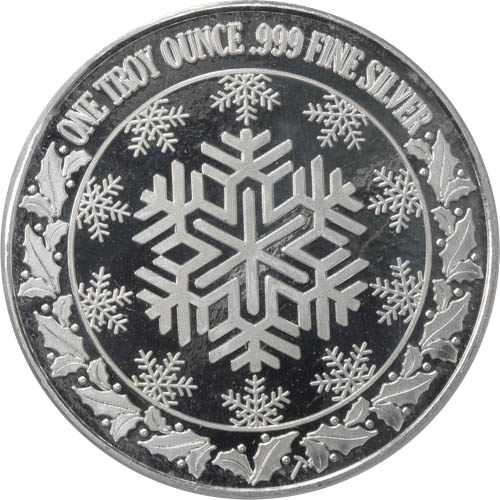 The Christmas season is one of the most celebrated and holy festivals on the annual calendar for Christians around the world. The festival celebrates the birth of Jesus Christ and the word comes from a combination of the words Christ and mass, in other words, a holy get together to remember and honor the birth of Christ. Now, 2020 1 oz Christmas Village Silver Rounds are available to you for purchase online from JM Bullion.

While it is not known precisely in the modern era the day that Jesus Christ was born, December 25th has been chosen as the day on which billions of Christians around the globe gather to celebrate the birth of Jesus Christ. It was Pope Julius I who declared December 25th to be Christs birthday, and thus, the day to celebrate.

In the obverse design element of the 2020 Christmas Village Silver Round, you will find a small, quiet village covered by a fresh coat of snow during the Christmas season. The design element is intricate and includes a small church at the center of the village with a road leading out of the village to a meadow beyond where two deer are noticeable in the distance. The road out of town has a bridge of a frozen body of water, with two ice skaters on that body of water to the left. In the foreground, a group of carolers gathers in the center of the village near a large fir tree that has been decorated for the season.

These 2020 1 oz Christmas Village Rounds are available to you in brand-new condition. The silver rounds will arrive in individual flips, tubes of 20, or boxes of 500 rounds. The box contains 25 tubes of 20 rounds each.

JM Bullion customer service can assist you on the phone at 800-276-6508. We are also available to you on the web through our live chat and email address features.