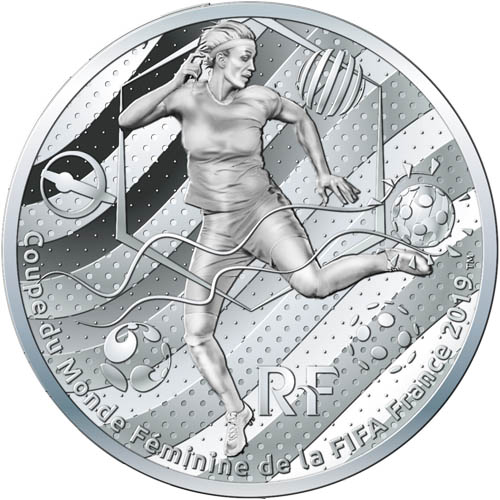 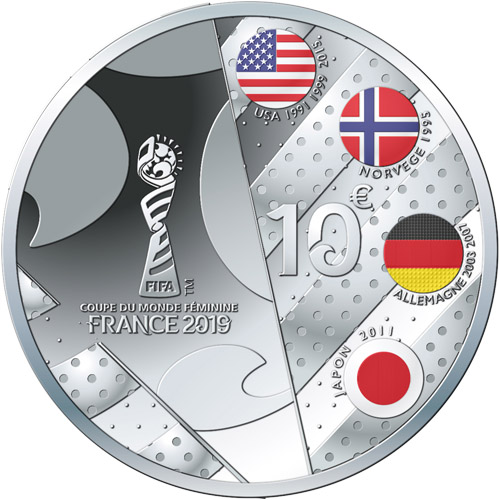 The obverse of all coins in the 2019 10 Euro FIFA Womens World Cup Proof Silver Coin release share the same design elements. This side of the coin includes the Womens World Cup trophy with the four flags of the victorious nations to date in the tournament.

On the reverse of 2019 10 Euro FIFA Womens World Cup Proof Silver Coins is a depiction of a player on the field attempting a rainbow kick. This trick play involves using the heel of one foot and top of the other to flick the ball in the air over a players head and that of their opponent, like a rainbow, to get around a defender.

2019 10 Euro FIFA Womens World Cup Trick Play Proof Silver Coins are available to you individually inside of protective capsules. If youd like to brilliantly display your coins, there are single-coin presentation boxes and 4-coin set boxes available for purchase as well!

We encourage JM Bullion customers to call us with questions at 800-276-6508. You can also connect with us live online through our chat service or send us an email.