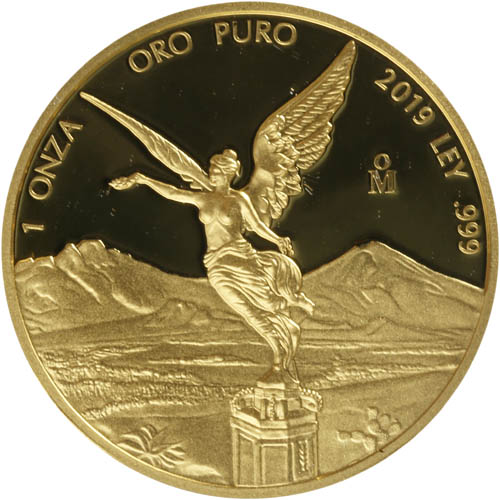 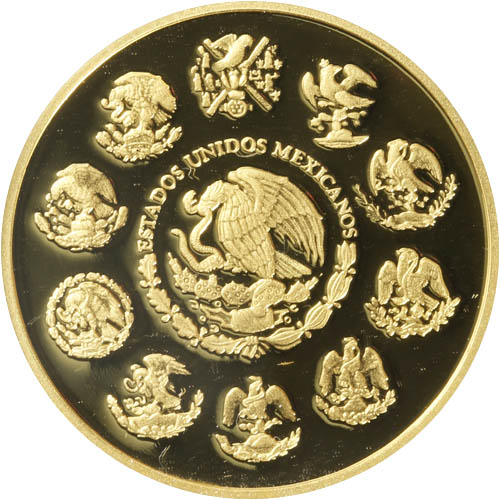 On the obverse of 2019 1 oz Proof Mexican Gold Libertad Coin is the image of Winged Victory standing at the top of the Mexican Independence Victory Column. Erected in 1921, the column marks the 100th anniversary of the independence of the nation from Spanish colonial control in 1821.

The reverse of 2019 1 oz Proof Mexican Gold Libertad Coins features the Mexican coat of arms. The modern symbol of the nation is found in the center of the design with a Mexican golden eagle in the center with a serpent clutched in its beak and talons. Around the outer edge of the design field, you will notice there are 10 historic versions of the seal.

These 2019 1 oz Proof Mexican Gold Libertad Coins are available to you only with a protective plastic capsule. These coins have beautiful, frosted design elements overlaying mirrored background fields.

All Proof Mexican Gold Libertad Coins are produced by the Mexican Mint. Founded in 1535, the mint is the oldest in the Western Hemisphere and once produced colonial coinage for Spanish territories throughout the Western world.

We encourage JM Bullion customers to call us with questions about gold coins for sale at 800-276-6508. You can also connect with us online through our live chat and email address.