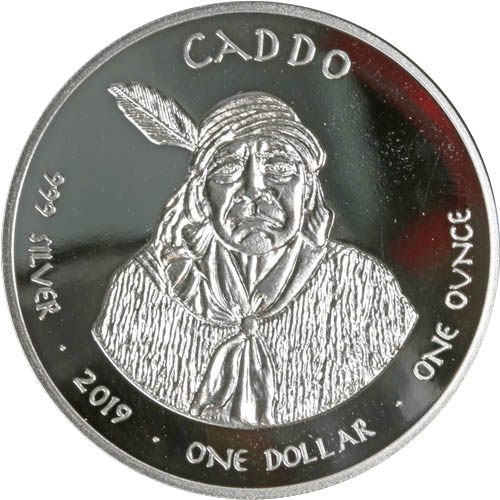 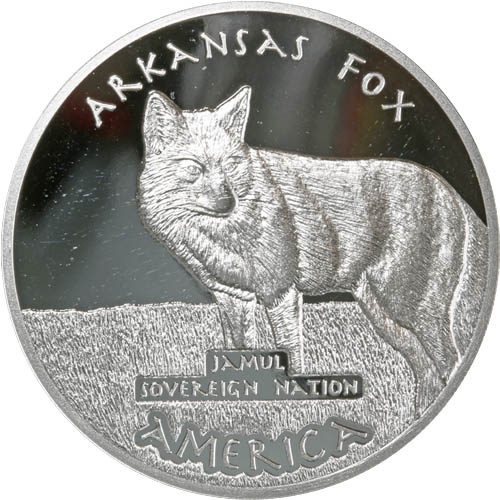 In the Native American Mint’s Proof Silver Dollar Series there are an astonishing number of releases that rivals the US Mint’s America the Beautiful Series. Each of the issues in this robust collection represents a different indigenous tribal nation, the state that tribe originally inhabited, and an animal commonly found in that area. Right now, 2019 1 oz Proof Arkansas Caddo Fox Silver Coins are available to purchase online from JM Bullion.

Each 2019 1 oz Proof Arkansas Caddo Fox Silver Coin arrives housed inside of a protective plastic capsule. The silver for sale in this series are proof specimens with frosted designs overlaying mirrored background field. Though each coin has a face value of One Dollar assigned to it, the coins do not have legal tender status in the United States.

Federally recognized indigenous tribes in the US are considered sovereign nations. The Native American Mint issues these Proof Silver Dollar coins on behalf of many of those sovereign tribal nations. However, the coins are not legal tender because US federal law grants the exclusive control to assign monetary value to currency to Congress and established the United States Mint as the only coining operation with the capacity to strike legal tender currency.

On the obverse of the 2019 1 oz Proof Arkansas Caddo Fox Silver coin is a depiction of a member of the Caddo Nation tribe. Historically speaking, the Caddo indigenous tribes were spread across portions of eastern Texas, Louisiana, and southern Arkansas. Today, the federally recognized branch of this tribe is the Caddo Nation of Oklahoma. As of 2017, there are 6,000 enrolled members in the Caddo Nation.

The reverse face of 2019 Proof Arkansas Caddo Fox Silver coins includes the image of a fox. Foxes are small or medium-sized mammals from the broader Canidae family that includes domestic dogs, wolves, coyotes, and jackals. There are 12 species of foxes alive today that are considered direct members of the family Canidae and another 25 current or extinct species that were often referred to as foxes colloquially.