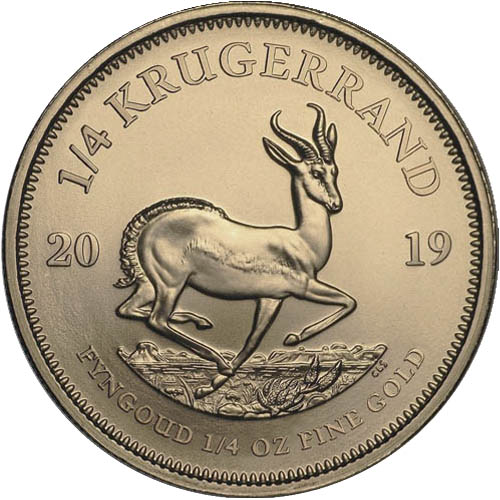 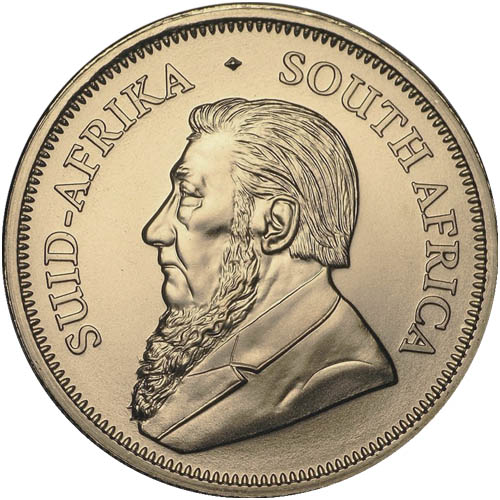 On the back of this success, the South African Mint expanded the collection in that same year to include three fractional-weight coins. Those options include the 1/2 oz coin, these 1/4 oz coins, and a 1/10 oz coin. All of this occurred despite a Western boycott on South African good, including the Gold Krugerrand, stemming from the nation’s apartheid system.

The obverse side of the 2019 South African Gold Krugerrand coins features a left-profile portrait of Paul Kruger. The first president of the South African Republic in the late 19th century, Kruger was a leading Boer figure who pushed back against British control of South Africa. Kruger was so beloved by the people that he was often referred to simply as Oom Paul, or Uncle Paul.

On the reverse of all 2019 1/4 oz South African Gold Krugerrand coins is the national symbol. The Springbok antelope is a species that is widely dispersed across southern Africa and is found in higher concentrations within South Africa. As such, the species is considered the national symbol. Both the Springbok antelope and effigy of Paul Kruger were modernized last in 1984. Coert Steynberg redesigned the reverse field and Otto Schultz created a modern depiction of Paul Kruger.

We encourage JM Bullion customers to call us with questions at 800-276-6508. You can also connect with our customer service team online using our live chat and email address features.