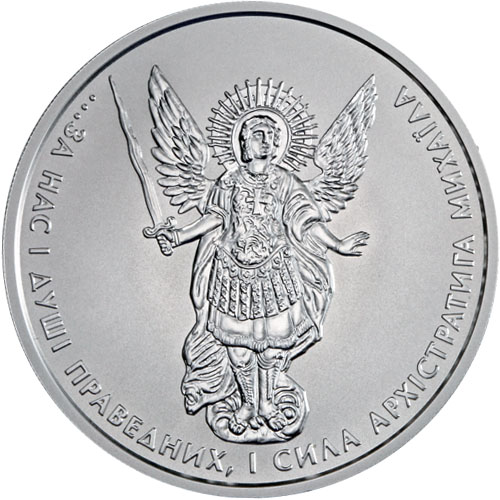 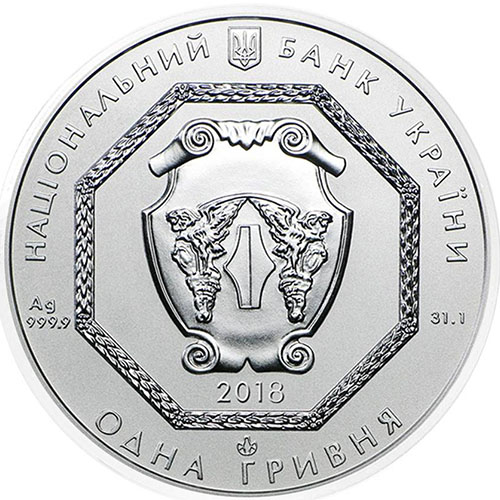 Each of the 2018 1 oz Ukrainian Silver Archangel Michael Coins in this listing are in BU condition. Coins in this condition exhibit no signs of wear and tear, but that does not mean they are without flaws. There is the potential for minor flaws to exist as a result of the coining process, and those flaws range from breaks in the luster and spotted surfaces to contact marks.

The Archangel Michael Series debuted in 2011 with these 1 oz silver coins. While the National Bank of Ukraine maintains very low mintage figures for the coins, the exact mintage has skewed upward in recent years. The 2011 issue, for example, had just 10,000 coins released. The 2015 release marked the high point at 26,990 in total. In general, the bank aims to keep mintage below 30,000 annually.

Michael is one of Gods angels and is known as an archangel, which is a high ranking angel. It is Michaels job to lead the armies of God into battle whenever called upon. In the Book of Revelations, Michael defeated Satan in a battle between the forces of good and evil.

On the reverse of the 2018 1 oz Ukrainian Silver Archangel Michael Coin youll find the design honoring Michael. He is captured here as a warrior, wearing full armor and holding a sword in his right hand. He has wings on his back and is standing over a vanquished enemy in the pose.

The obverse side of the 2018 Ukrainian Silver Archangel Michael Coin features two important symbols. IN the very center is a shield with the emblem of the National Bank of Ukraine, which authorizes and strikes these coins for the nation. Above it in the center of the engraving rim is the national crest for Ukraine.

If you have any questions about these coins, feel free to ask. You can reach our customer service team at 800-276-6508, online using our live chat, or via our email address.