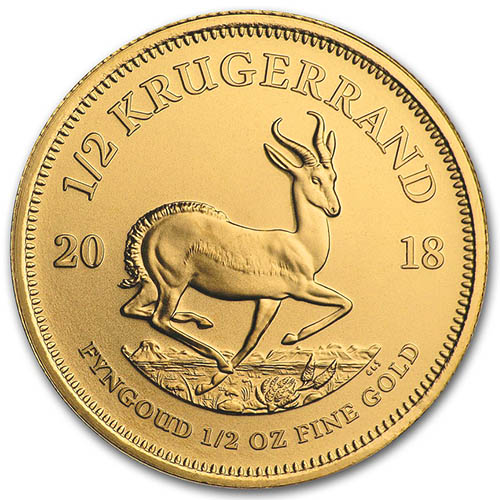 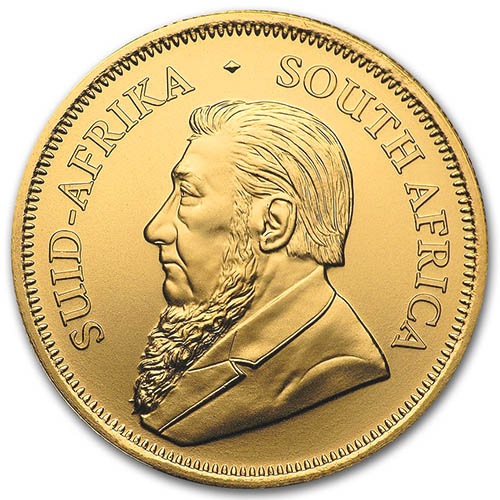 The worlds longest running gold bullion coin program is the Krugerrand from South Africa. The prominent offering in this collection is the 1 oz gold coin, first introduced in 1967. However, the Krugerrand is also available in three fractional weights each year that offer variety for gold buyers of all levels. Right now, 2018 oz South African Gold Krugerrand Coins are available for purchase online from JM Bullion.

Each 2018 oz South African Gold Krugerrand Coin in this listing is in BU condition. Coins in BU condition exhibit no signs of wear and tear, but are not perfect specimens. There is the potential for breaks in the luster, spotted surfaces, or contact marks as a result of the coining process.

2018 marks the 51st year of availability for the Krugerrand coin series. These coins were first issued in 1967 by the South African government as a means of promoting both the private ownership of gold bullion coins and the vast gold reserves of the nation. The Krugerrand dominated the gold coin market for years, but a boycott of its apartheid system in the 1970s slowed the flow of Krugerrands to buyers in Western nations.

The 2018 South African Gold Krugerrand features the same designs on the obverse and reverse that have been on the coins since 1967. The modern designs, though similar in appearance to the original release, were updated in 1984.

On the obverse of all South African Gold Krugerrand coins is the left-profile portrait of Paul Kruger. The former President of South Africa, he was a renowned military and political leader who became the international face in the late 19th century of the Boer cause in South Africa. His effigy here was modernized in 1984 by Otto Schultz.

The reverse of the 2018 oz South African Gold Krugerrand Coin includes the Springbok antelope. The official emblem of the nation, the Springbok is a medium-sized antelope found predominantly in southern and southwestern Africa. This design was also modernized in 1984, with the design coming from Coert Steynberg.