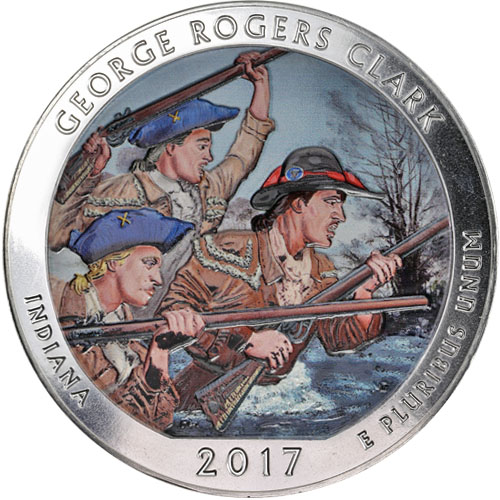 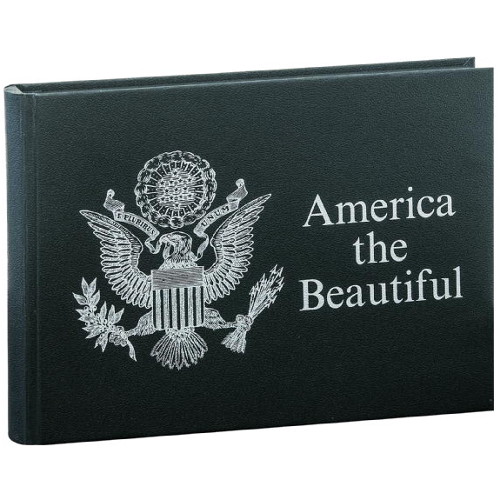 The America the Beautiful Series from the United States Mint is the most impressive option youll find when buying silver from the sovereign mint. ATB Coins are rolled out with five designs per year, and a total of 55 designs planned through the year 2021. The 2017 5 oz Colorized ATB George Rogers Clark National Historical Park Silver Coin is available to you for online purchase from JM Bullion.

George Rogers Clark was one of the many American heroes of the Revolutionary War against British rule in North America. Rogers Clark was originally a surveyor, like another popular American by the name of George Washington. Clark joined his fellow Americans as a soldier and militia officer serving with Virginians and becoming the highest ranking American military officer on the northwestern front against the British during the war.

The George Rogers Clark National Historical Park bears his name and honors the former Lt. Colonel for his capture of Fort Sackville during the Illinois Campaign of 1778 and 1779. The park is administered by the National Park Service and was built in 1931.

All 2017 5 oz Colorized ATB George Rogers Clark National Historical Park Silver Coins listed here have a beautiful, colorized finish. The application of colorized lacquers on the reverse helps brings the scenes on these coins to life with real-life hues, putting you in the battle as George Rogers Clark attacks Fort Sackville.

The obverse of all ATB Silver Coins include the left-profile portrait of George Washington, Commander-in-Chief of the Continental Army and first President of the United States. This portrait has featured on American circulation quarters since 1932, when it was commissioned for use on the coins to mark the 200th birthday of Washington.

On the reverse is the colorized scene as Lt. Colonel George Rogers Clark leads his troops into battle near Vincennes, Indiana as they overtake the British defenders at Fort Sackville. The colorization is limited to this face of the coin.

The 2017 5 oz Colorized ATB Coins in this listing are in BU condition. Coins in BU condition have no signs of wear and tear, but arent perfect either. Striking the dies during production can result in breaks in the luster, spotted surfaces, and contact marks.

We encourage JM Bullion customers to call us with questions at 800-276-6508. You can also reach out to us online through our live chat and email address.