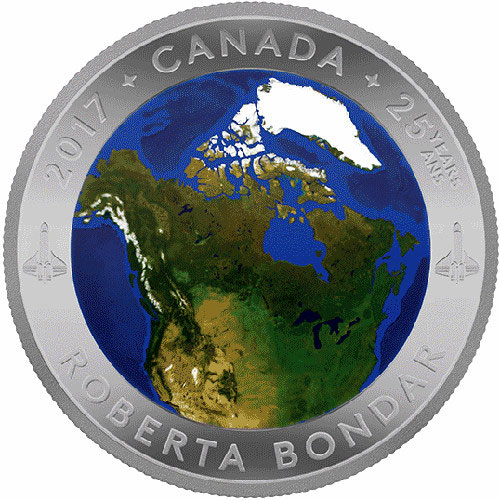 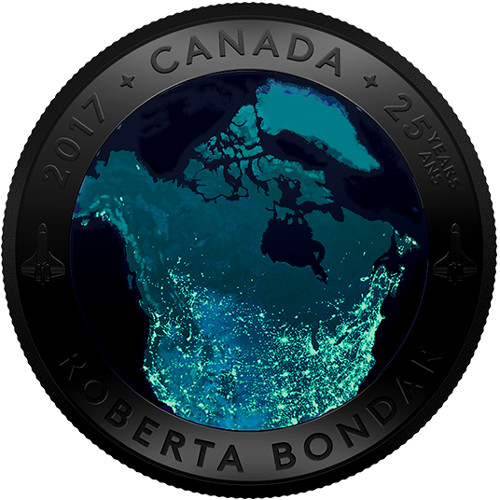 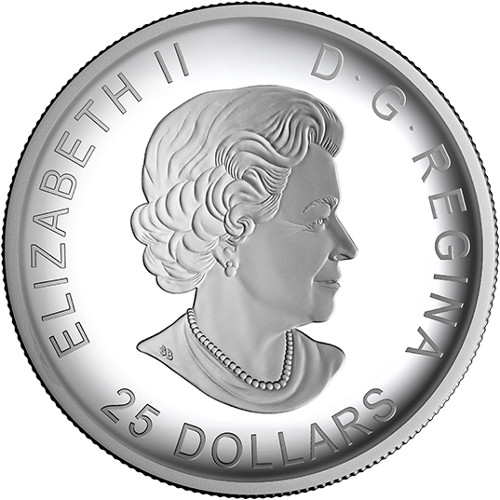 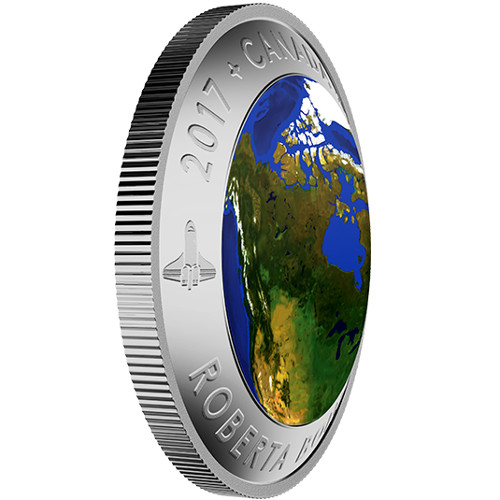 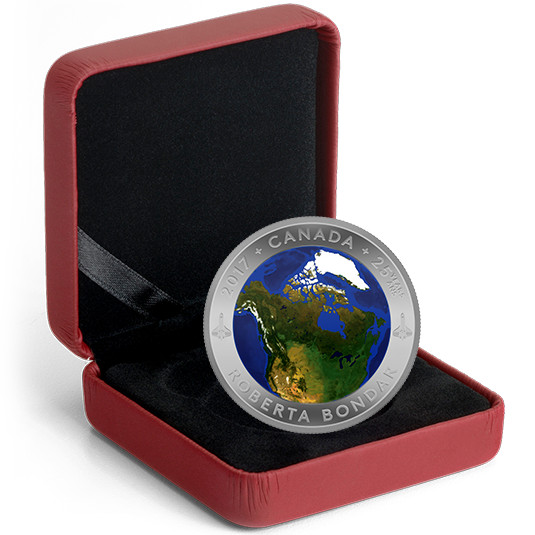 The efforts of NASA and several other space agencies around the world have enabled modern humans to view their planet in ways past generations never could have imagined. In this unique new release, the Royal Canadian Mint honors the 25th anniversary of the first Canadian female astronauts voyage into space with a coin that is out of this world. The 2017 $25 Proof Canadian Silver A View of Canada from Space Coin is available today from JM Bullion.

Each of these 2017 $25 Proof Canadian Silver A View of Canada from Space Coins has a convex shape to the reverse side of the coin, giving the planet the appearance of popping off the coin. The coins were struck as a celebration of the 25th anniversary of Dr. Roberta Bondar (MD/Ph.D) and her flight into space.

Dr. Bondar lifted off with the crew of the space shuttle Discovery from the NASA launch pad at Kennedy Space Center in Cape Canaveral, Florida on January 22, 1992. She became the first Canadian female astronaut in space, and her mission is commemorated with this coin.

The design on the reverse has a unique glow-in-the-dark colorization added to it through the use of photo luminescent elements. This new twist on the view of the planet makes it easy to view the satellite image of Earth under normal lighting, and a special nighttime view when the lights are out.

On the reverse of the 2017 $25 Proof Canadian Silver A View of Canada from Space Coin youll find Leforts imagery of the North American continent, with a specific focus on Canadas territorial lands on the continent.

The obverse features the familiar right-profile portrait of Queen Elizabeth II. Designed in 2003 by Susanna Blunt, this is the latest effigy of Her Majesty to appear on Canadian coinage since she became Queen of England in 1952.

All coins in this collection ship to you from the Royal Canadian Mint housed in a classic maroon clamshell, and are sent inside of a black beauty box for added protection.

We encourage all JM Bullion customers to reach out to us with questions. You can contact our customer service team at 800-276-6508, connect with us online through our live chat, or simply send us an email.